As temperatures plummet, drafty windows that once seemed a minor inconvenience can wreak havoc on your morale and your energy bills.  At times, the issue can be remedied temporarily with caulking or weather-stripping, but in most cases the full addressing of the situation requires calling in a reputable contractor who can diagnose the problem and recommend window replacement options.  Here are the five most common reasons drafty windows need replacement.

Argon gas is found in the glass packs of double and triple pane windows.  In the event that the argon gas escapes, the energy efficiency properties of the windows dissolve.  Window seals will break once the windows reach the end of their lifespan.  Avoiding windows with builder grade materials ensures that the windows have the longest possible lifespan.  In the Twin Cities, it’s imperative to select a window that’s built for the extreme temperature fluctuations, as inappropriate windows for our climate make premature window failure a high probability.  Ice in between the panes of glass in a window is a red flag that window seal failure has taken place.

2. Window Leaking Cold Air Can Be The Result Of Incorrect Window Caulking

The primary function of window caulking is to act as an obstacle between outdoor air and your home’s exterior.  In order to avoid window drafts, caulking must be installed in a fluid, even manner, absent of cracks or holes in order to provide a full seal around your house windows. 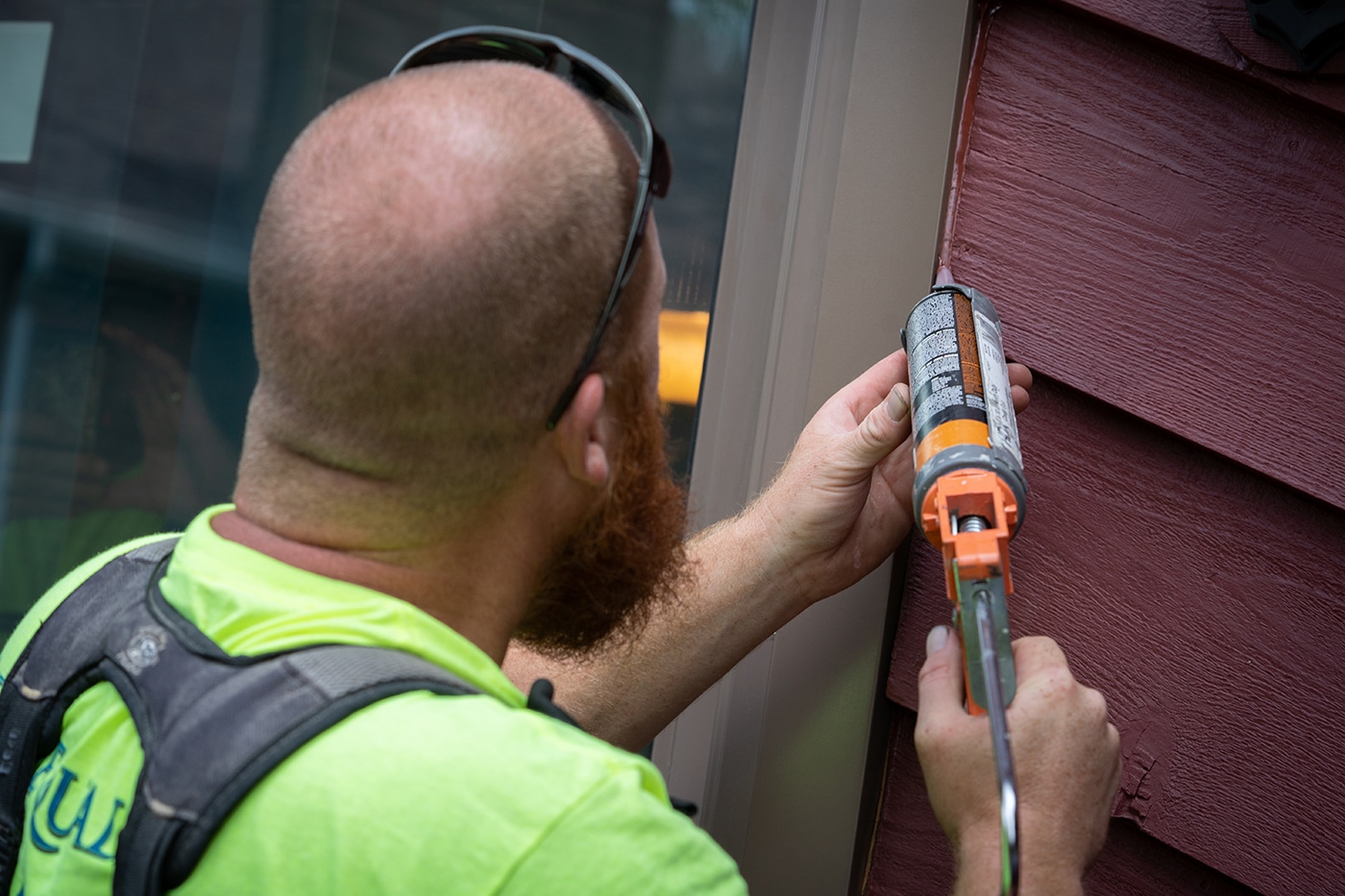 3. Improper Window Installation Can Cause Drafts

Drafty windows can also be the result of a window installer that left too large of gaps between the window and the frame. Lack of foam insulation between the rough opening and the window is a major contributor to drafty windows.  Without an ample amount of insulation around the perimeter of your windows, air infiltration is a certainty. 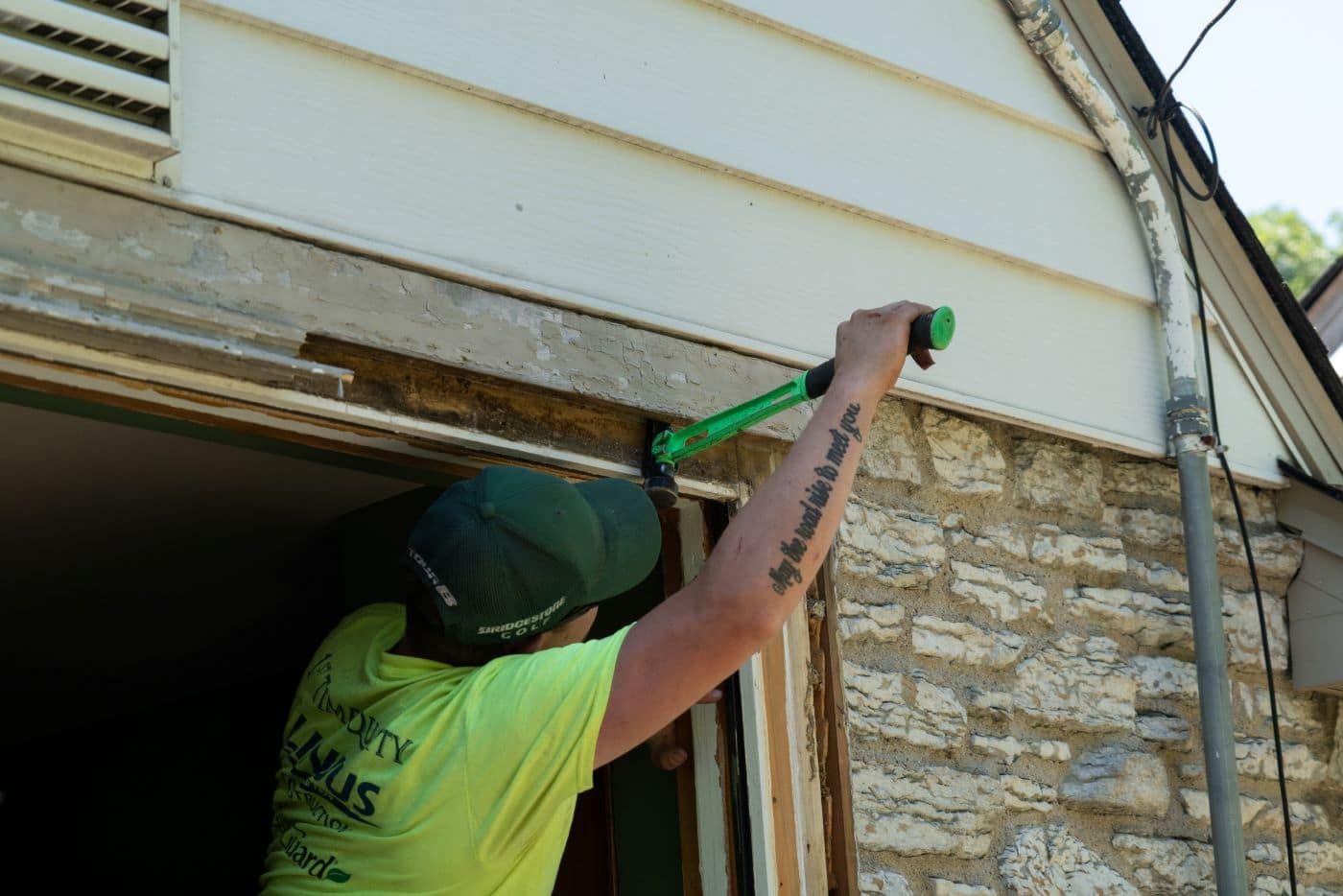 4. Outdated Windows Can Be Drafty

The role of energy efficiency in your house windows relies heavily on the glass pack.  Single pane windows in comparison to multi-pane windows have minimal ability to curtail heat transfer.  They are also absent of Low-E glass coatings that prevent cold air from filtering indoors during the winter months.  If you feel cold air coming in through your old windows, it might be time for a window replacement. 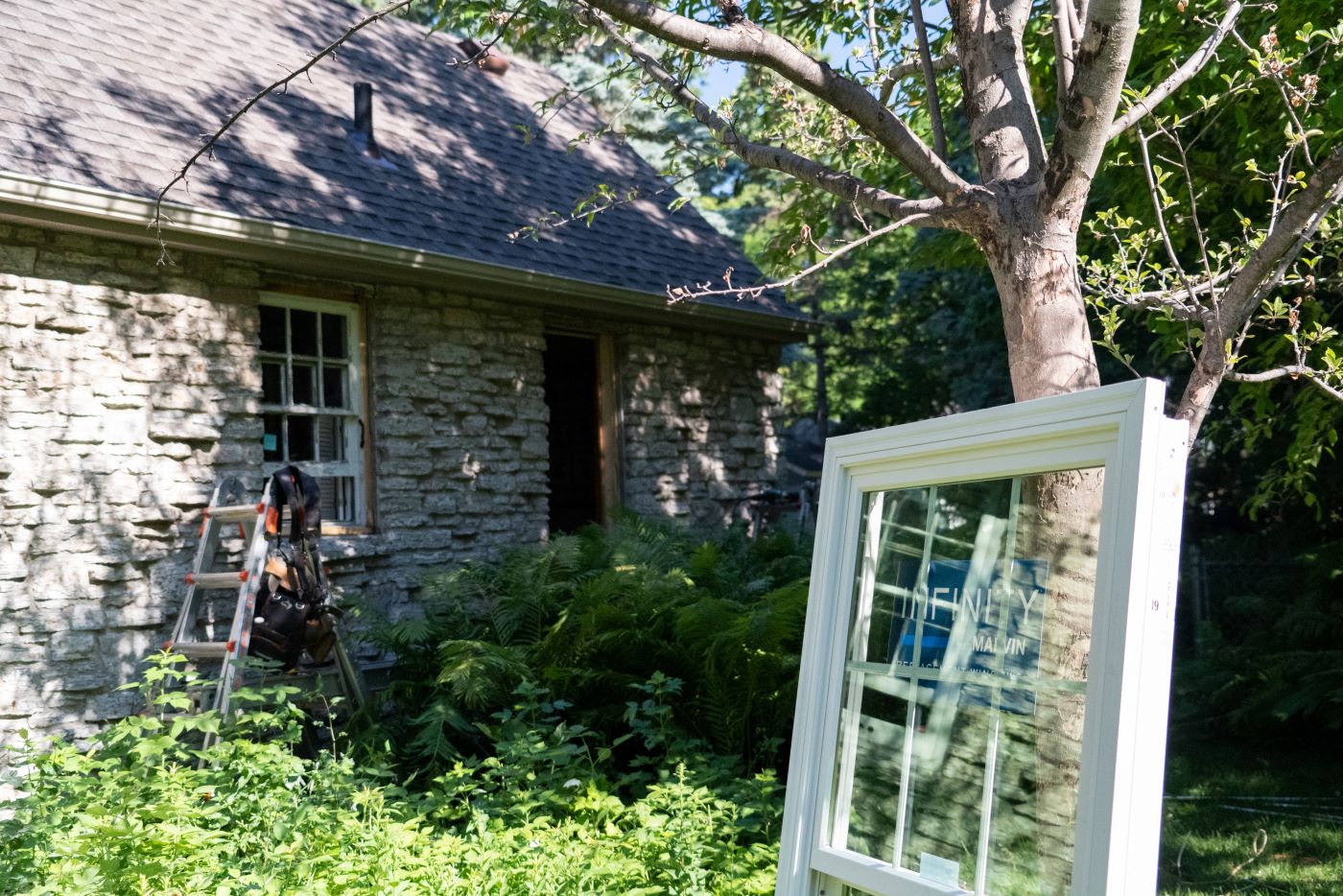 A reputable contractor can share with you which windows make the most sense for the climate you live in.  For example, vinyl windows work much better than aluminum windows in the Midwest.  That’s because aluminum transmits hot and cold air at a high rate.  When temperatures dip below freezing, and the home’s interior humid air comes in contact with the window’s cold surface, condensation occurs.  As the window condensation continues to freeze and thaw, water damage can occur to your window frame and surrounding wall.  Aluminum windows are also notorious for air infiltration, adding strain to your utility bills.

50% Off Installation Labor on GAF Asphalt Shingles & Infinity® From Marvin Windows. We Are Also Offering A Complimentary Heat Map Analysis With Insulation Estimates Through December 31st.
Some restrictions may apply. Call for details.

"Lindus Construction was selected to replace six windows in my home. The crew arrived on schedule and performed the installation in two days. The workers did a great job and were very careful in cleanup and avoiding the tracking of snow into my living space. The work was carried out in a very professional manner. I would not hesitate to recommend the company to others."

Tom N.
Apple Valley, MN
50% Off Installation Labor on GAF Asphalt Shingles & Infinity® From Marvin Windows. We Are Also Offering A Complimentary Heat Map Analysis With Insulation Estimates Through December 31st.
Get Your Complimentary Estimate
Some restrictions may apply. Call for details.