It’s been said that those who bring sunshine into the lives of others cannot keep it from themselves and this sentiment definitely rings true about our client, Lloyd.  Though his health had presented some significant challenges in recent times, Lloyd and his wife Norma, remained optimistic.  Lloyd had even taken to making small wooden hearts to pass along to others to brighten their day.  Over the years, we had worked with the couple on home window replacement, siding, attic insulation, roofing, and a porch.  Most recently, they reached out to our team because they wanted assistance with the execution of their Burnsville custom home remodeling project.  Built in the late 1970’s, their home’s kitchen felt isolated and the couple wanted a more open floor plan.  Appliances were mismatched and outdated.  Lloyd and Norma also wanted a more modern approach to their countertops, backsplash, and a new kitchen window.  Here’s how we helped them transform their space. 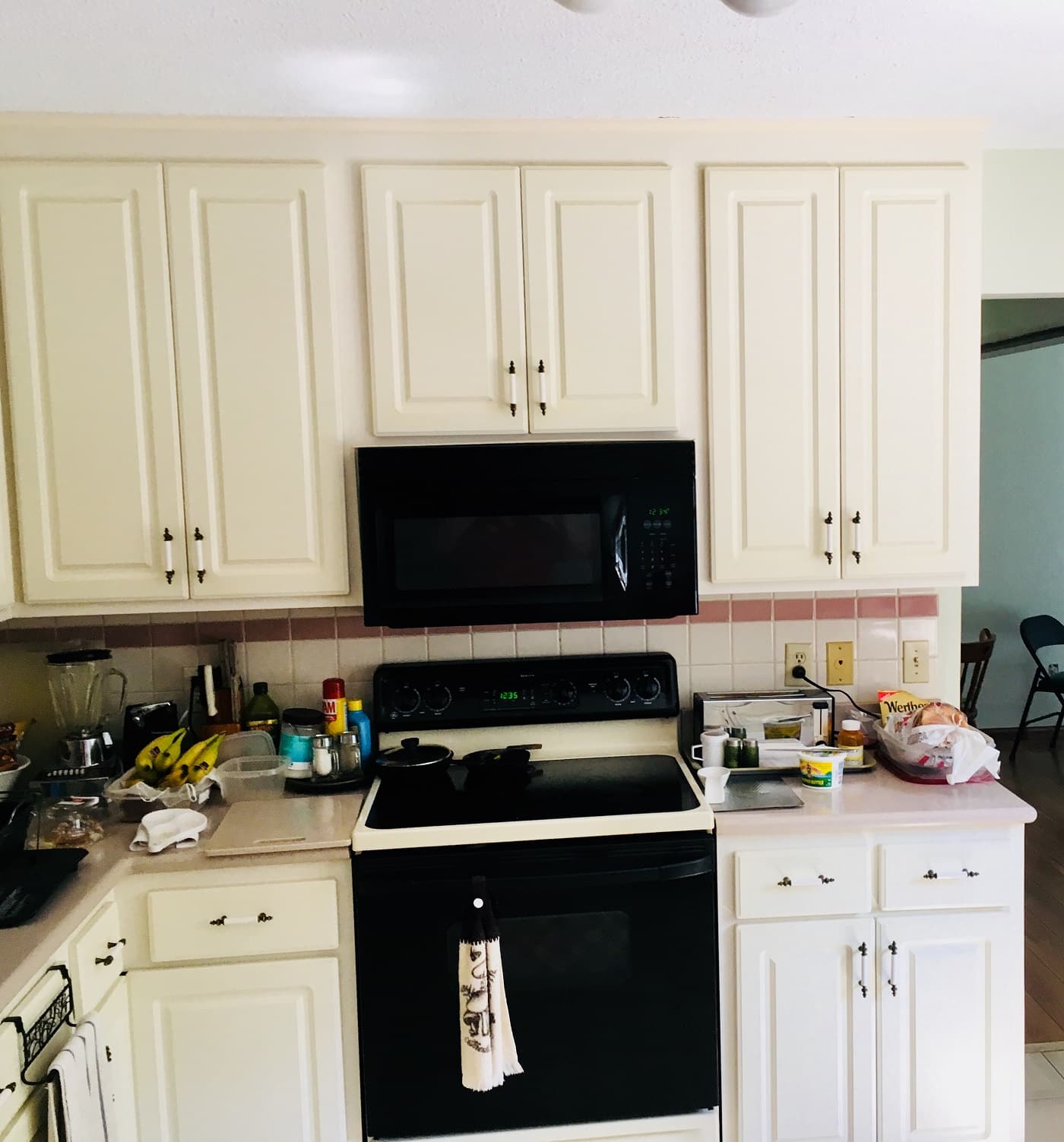 At a quick glance, the quantity of cabinets within the kitchen appeared sufficient.  However, their interiors lacked ample space and thoughtful organizational features.  The couple was delighted to learn that advances in cabinetry design could provide a straightforward approach to tackling these issues.  The new cabinet concept included pull-out garbage, a Lazy Susan, rotating spice rack, sizable soft close dovetail drawers in the base cabinets, and an appliance garage.  In order to add color variation and interest, a combination of gray and white cabinets were used.  Stainless steel hardware tied the look together. 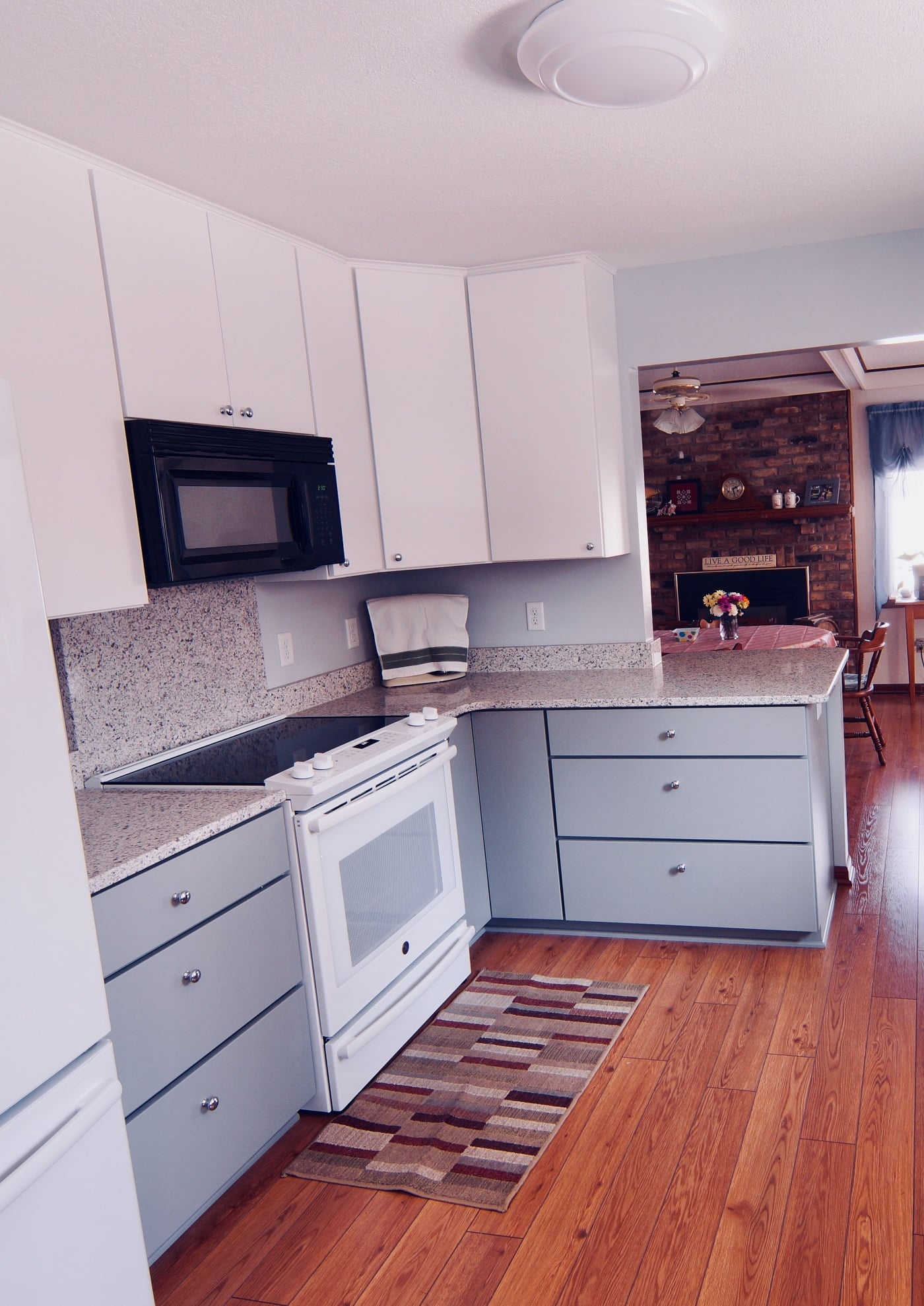 The most notable drawbacks to the preexisting countertops and backsplash were the dated color concept and quality of materials.  Ultimately, Lloyd and Norma opted for 3 CM quartz countertops and a small backsplash used behind the range.  Not only does quartz add value to the home, but you don’t have to periodically reseal it like granite countertops.  Peppercorn White allowed the ideal complement to the gray and white cabinetry.  The stainless steel undermount sink was an enhancement over the previous white discolored sink.  The look was rounded out with a single handle kitchen faucet. 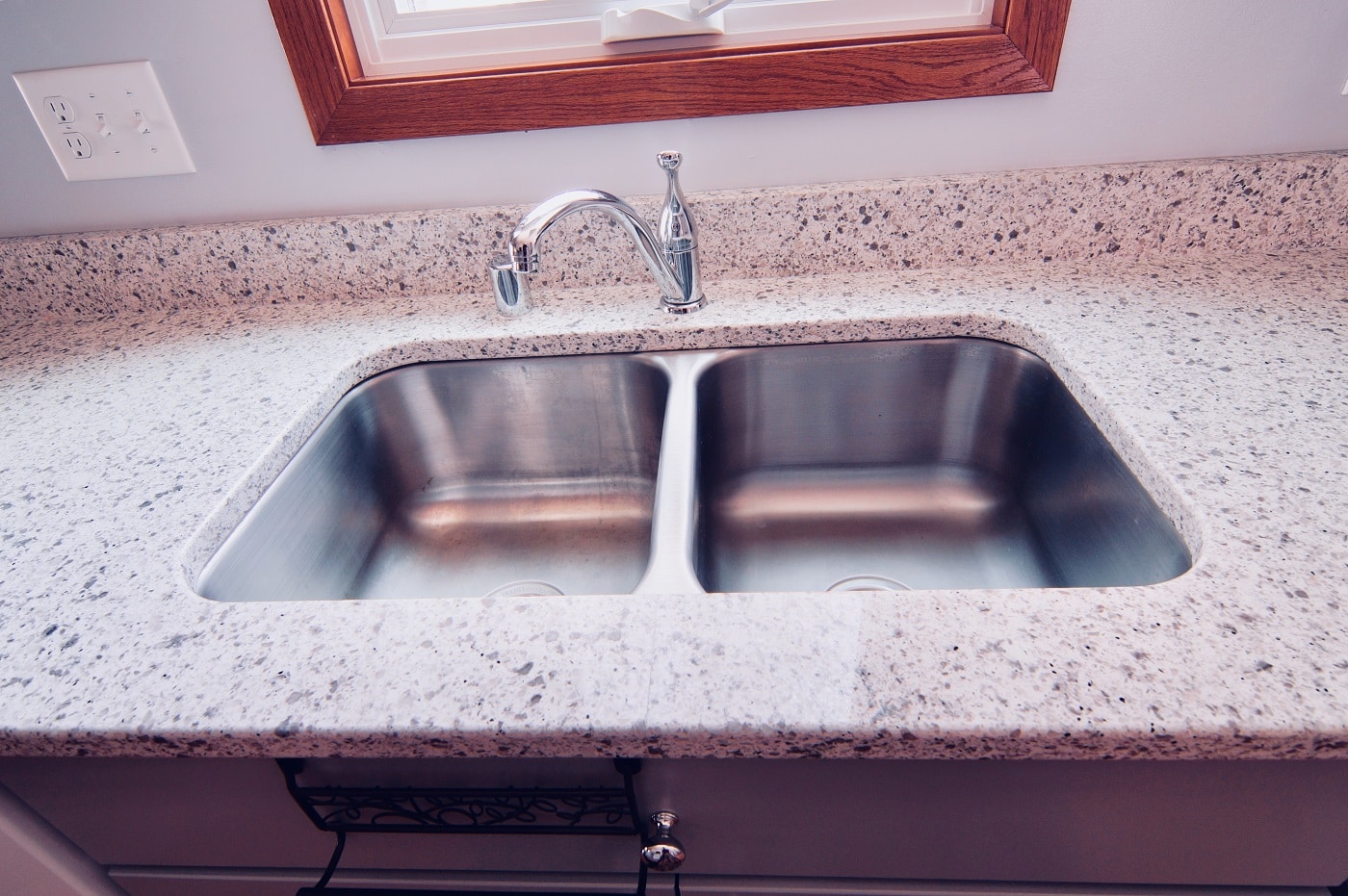 The kitchen’s preexisting window had reached the end of its lifespan and was in a less than desirable location.  Because of the layout of the kitchen, we were able to adjust the placement of the window so that it was directly over kitchen sink.  Lloyd and Norma felt a SeasonGuard awning window was the perfect match for their space.  With an expanded glass surface area, more natural light could be introduced to the room.  Awning windows are the perfect solution for a kitchen because of their generous ventilation capabilities.  A white window was used in order to blend in with the rest of the room’s aesthetics. 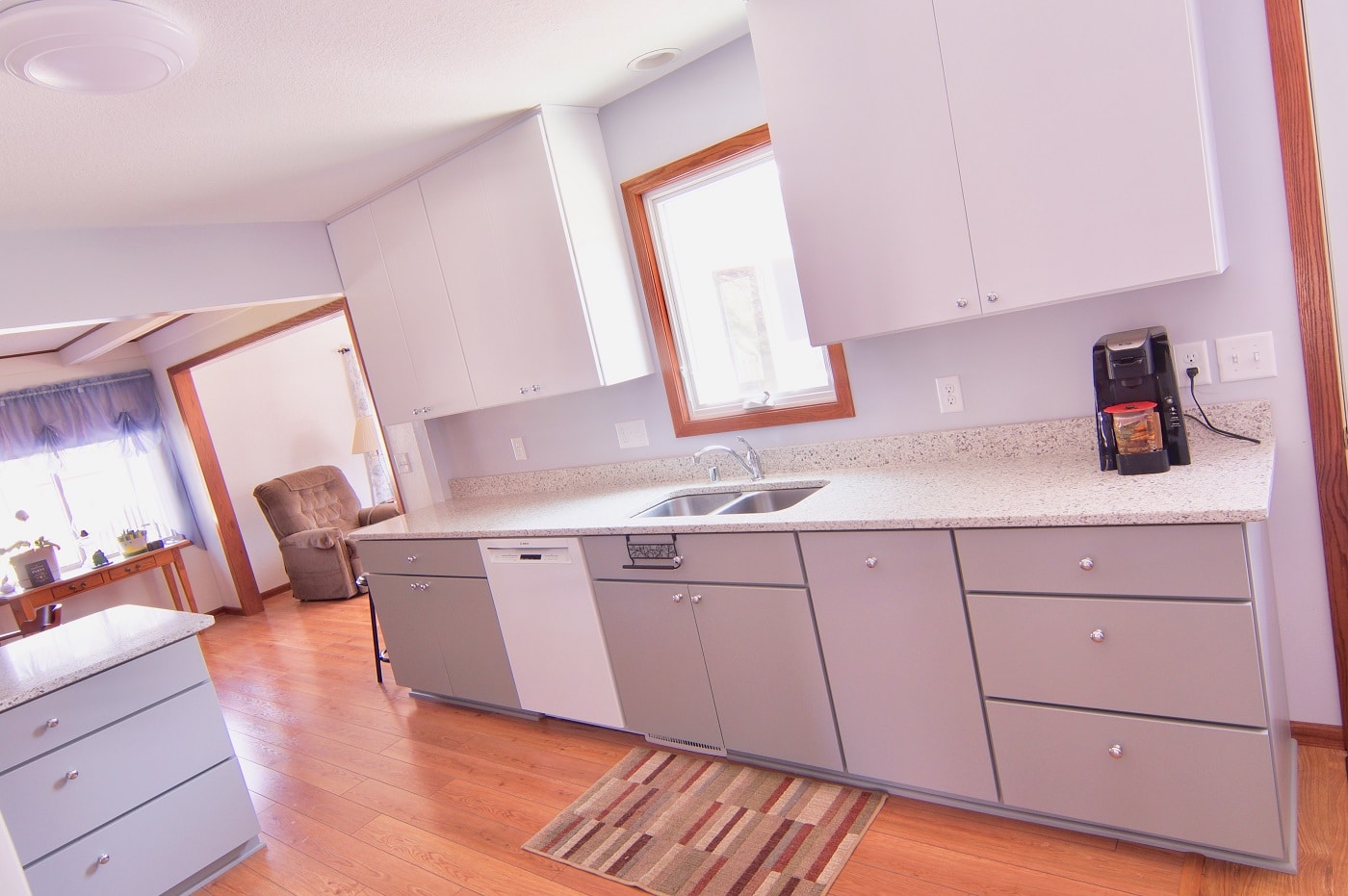 In order to make the kitchen feel more accessible to the rest of the home, the wall that separated it from the dining room was removed.  In the past, there had been different flooring separating the two spaces.  Not only did utilizing the same luxury vinyl plank flooring promote a feeling of unity, but it allowed the space to feel larger without increasing the home’s square footage.

Here’s Our Advice on Tackling a Minnesota Remodeling Project:

During our Minnesota remodeling projects, we find that many clients feel strongly about upgrading their appliances.  In Lloyd and Norma’s case, their primary goals for doing so were to coordinate finishes, increase energy efficiency, and enjoy features that hadn’t been available when their preexisting appliances had been installed.  Through the assistance of the pros at Warners’ Stellian, the couple was able to select a new refrigerator, range, and dishwasher.  Their white finish was the perfect contrast to the gray and white cabinetry.

GE French Door Refrigerator: In lieu of another side-by-side refrigerator, the couple opted for a French door refrigerator.  Locating the freezer at the bottom allows for space within the refrigerator to be maximized.  A unique feature of the refrigerator is that it is equipped with showcase LED lighting which is situated all over the unit, including beneath the fresh food drawers and inside the freezer. 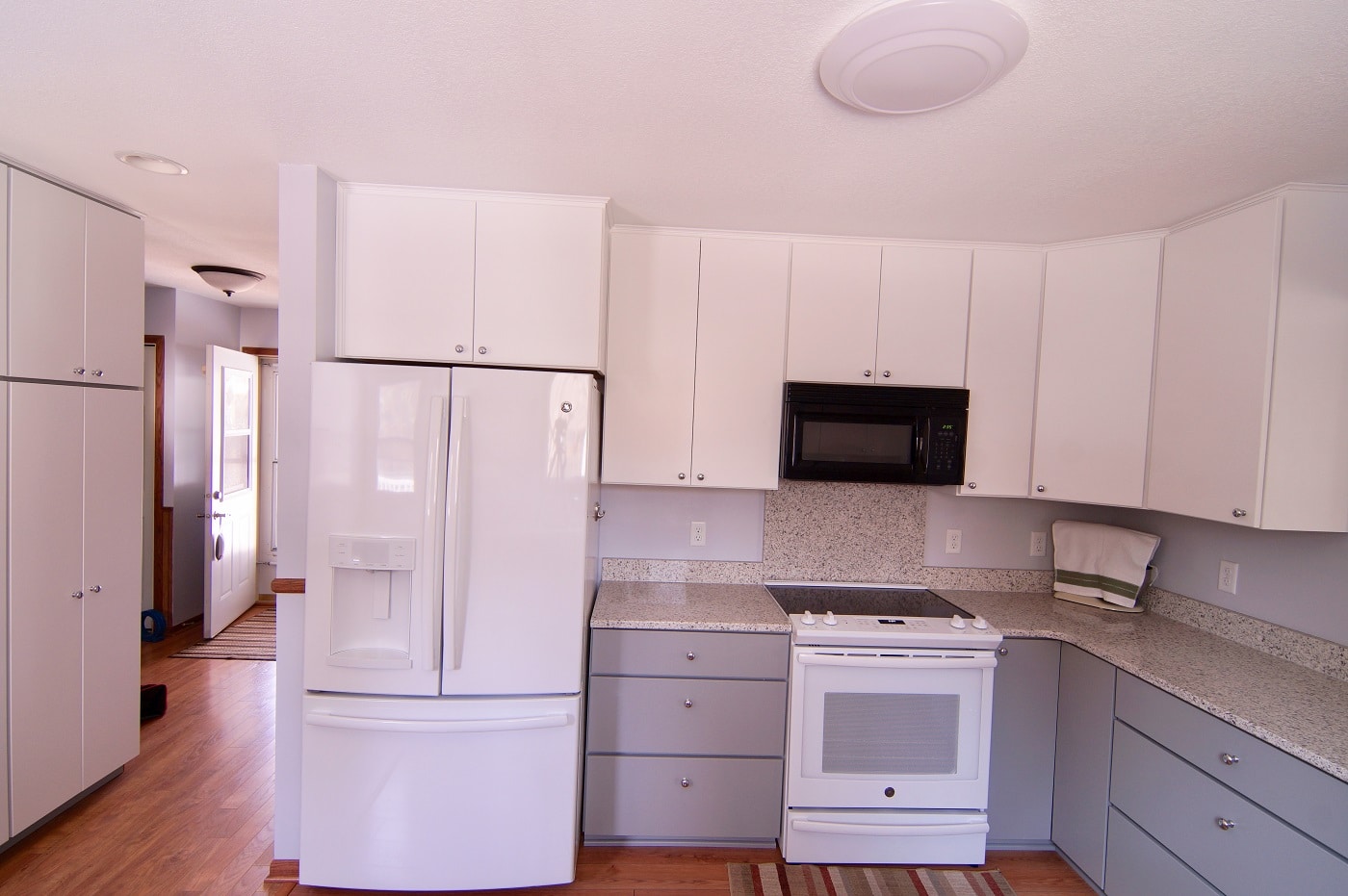 GE 30-Inch Slide-In Electric Convection Range: One of the most impressive aspects of the oven Lloyd and Norma selected is the self-clean with steam function.  An inconsequential food overflow in the oven can be cleaned in 30 minutes by pouring a cup of water in the oven and running a steam clean cycle.  After the cycle has concluded, the interior of the oven can be wiped down with a soft cloth.  In addition, the range included a fifth element warming zone at the rear that can keep food at the optimum temperature until it can be served.

Bosch Recessed Handle Dishwasher: The biggest perk of the dishwasher Lloyd and Norma selected is the RackMatic® technology which allows the top rack of the dishwasher to be adjusted to accommodate tall plates and serving platters on the bottom rack.  It’s also lauded as one of the most silent dishwashers. 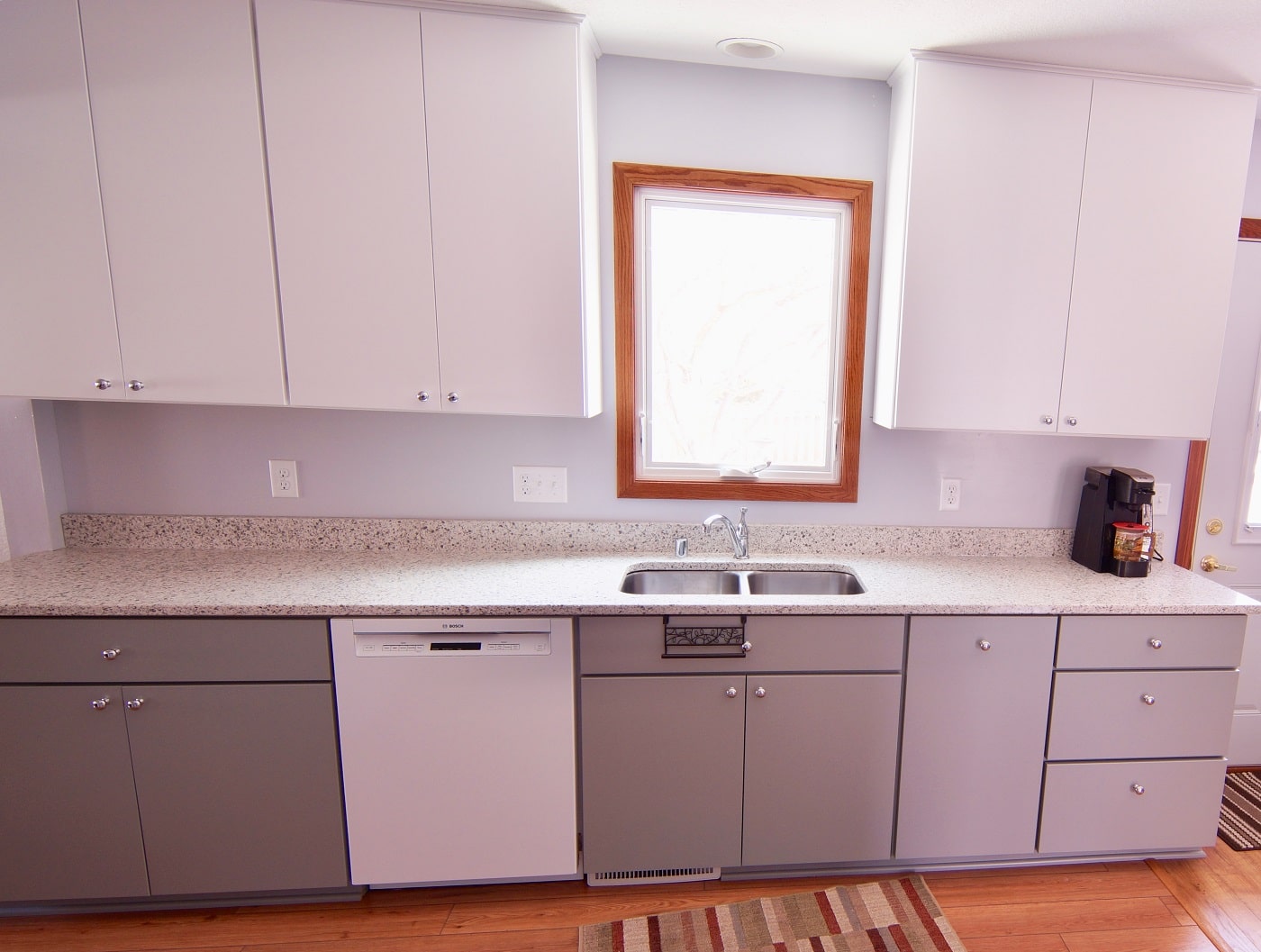 "Service and work were excellent; thank you!"

Lindus did a fantastic job on our project. We could not be more satisfied with all of the staff that worked on our home as well as the materials and windows they provided. From our initial meeting we knew we found the right company to replace our windows, remove and replace our soffit, fascia and gutters. Everything was done timely and they stayed on the job until complete. I would recommend Lindus to anyone considering replacements similar to ours. Thank you to all at Lindus

"Let everyone know at Lindus what a great operation you all work for.  We could not have picked a better company to do the work on our home.  Everyone we have had contact with has been first class and all are very much appreciated."

"I so love my LeafGuard® Gutters."