Stephanie & Richard’s Brooklyn Park, MN home was only 15 years old when they reached out to our company for an estimate on windows.  Although the original wood windows were manufactured by a nationally recognized company, they were builder grade.  In this situation, this equated to a window that was average in quality because it was pre-built and mass-produced. 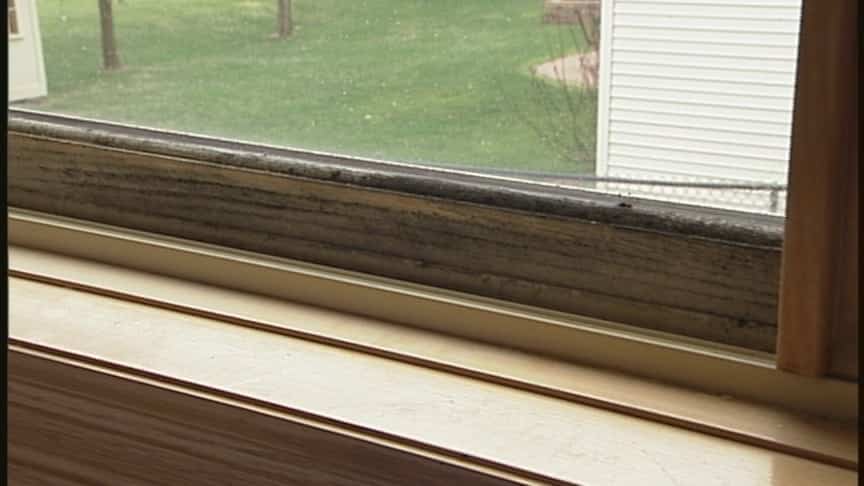 From day one, the windows had sacrificed energy efficiency because they were double pane rather than triple pane.  In the winter months, they frosted up.  The spring temperatures caused the frost to turn to water which lead to mold and mildew.  Lack of bath fans also caused moisture damage to the windows.  Wood windows require frequent resealing in order to maintain their integrity.  The windows in this home hadn’t been resealed often enough and the aesthetics of the windows were evidence of this.

The team at Lindus Construction takes great pride in exemplary installation techniques that maximize the lifespan of the windows they install.  Our window and door installers only work with those product lines, allowing them to encounter a wide variety of scenarios.  They are well versed in the importance of correct foaming and shimming techniques.  In order to ensure clean installation, the siding is cut back. 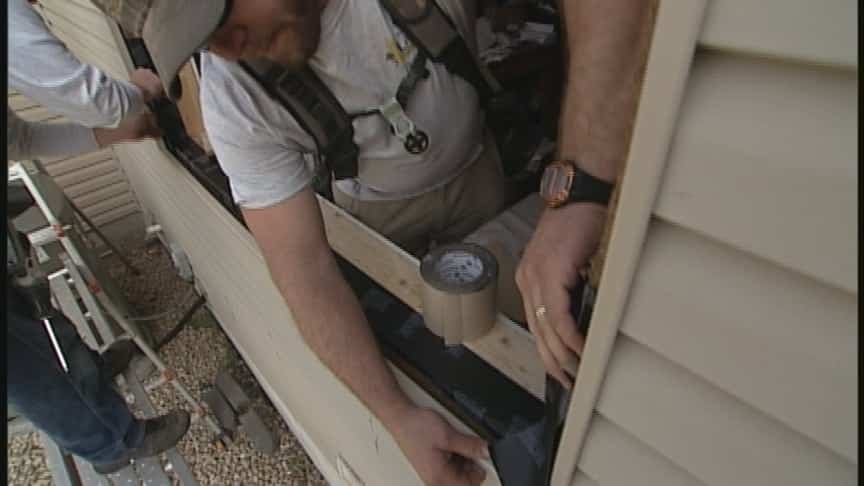 Barricade tape is applied to prevent water intrusion and rotting.  SeasonGuard windows are custom ordered for every project to ensure the best possible fit.  Once the windows have been placed in the opening, foam is placed around the exterior of the window in order to prevent air infiltration and maximize insulation.

Catch Footage From this Project:

View Project
Ginnee's Prior Lake, MN SeasonGuard Window & Door Project
Knowing that several windows and doors within her Twin Cities townhome would need replacement, Ginee began conducting research for a contractor and product that would be the perfect match.
View Project
Lawrence & Becky’s Burnsville, MN SeasonGuard Window, Soffit, Fascia & LeafGuard® Gutter Project
When the couple reached out to us for their Burnsville custom home remodeling project, their biggest priorities were elevating their home’s energy efficiency through the installation of new windows and getting gutters installed.
View Project
Randi & Felicia’s New Home Exterior Project in Baldwin, WI
Like most couples building a home, the exterior features were something Randi & Felicia were open to guidance on.
VIEW ALL RECENT PROJECTS

"Lindus Construction added a landing and steps to our 2nd floor exterior deck. They completed sooner than promised and did an outstanding job. The materials used are top notch, the construction was done with very good quality, and they look beautiful while being very sturdy. Everything was to code and the post construction inspection found no problems. I'm glad I chose them!"

"I would recommend Lindus to anyone who would ask. The gutters sure saved us from the cleaning every year."

"The experience was wonderful!  I could not have been more pleased with the job the guys did!"

"The 2 man crew was great.  They were courteous and expedient.  The whole thing only took a couple hours.  The new gutters really dress up the house nice.  I was surprised.  Thanks again."

"Excellent job.  Arrived on time, cleaned everything up when job was completed; installers were very competent and helpful with any questions I had."