Wood rot is one of the most prevalent home structural issues and often occurs around windows.  The appearance of dry rot depends on the type of fungus that is present.  Colors can include brown, white and yellow.  Evidence wood rot has occurred include shrinking, warping, and discoloration.

Causes: The fungi that creates wood rot requires moisture in order to grow.  This means that a window that’s been damaged by dry rot is being impacted by a structural deficiency that is permitting moisture into your house and trapping it in an unnatural place.  Many times, wood rot around windows is a result of an inexperienced contractor making installation mistakes.  For example, insufficient caulking around windows will allow water infiltration, which leads to rot.  If window flashing is skipped or incorrectly installed, rain and moisture can enter your home, creating rot around windows. Failure to maintain windows with exteriors comprised from wood, also invites moisture to infiltrate your home.  With moisture present, pests such as carpenter ants and termites, are attracted and feed off the wood, creating further deterioration. 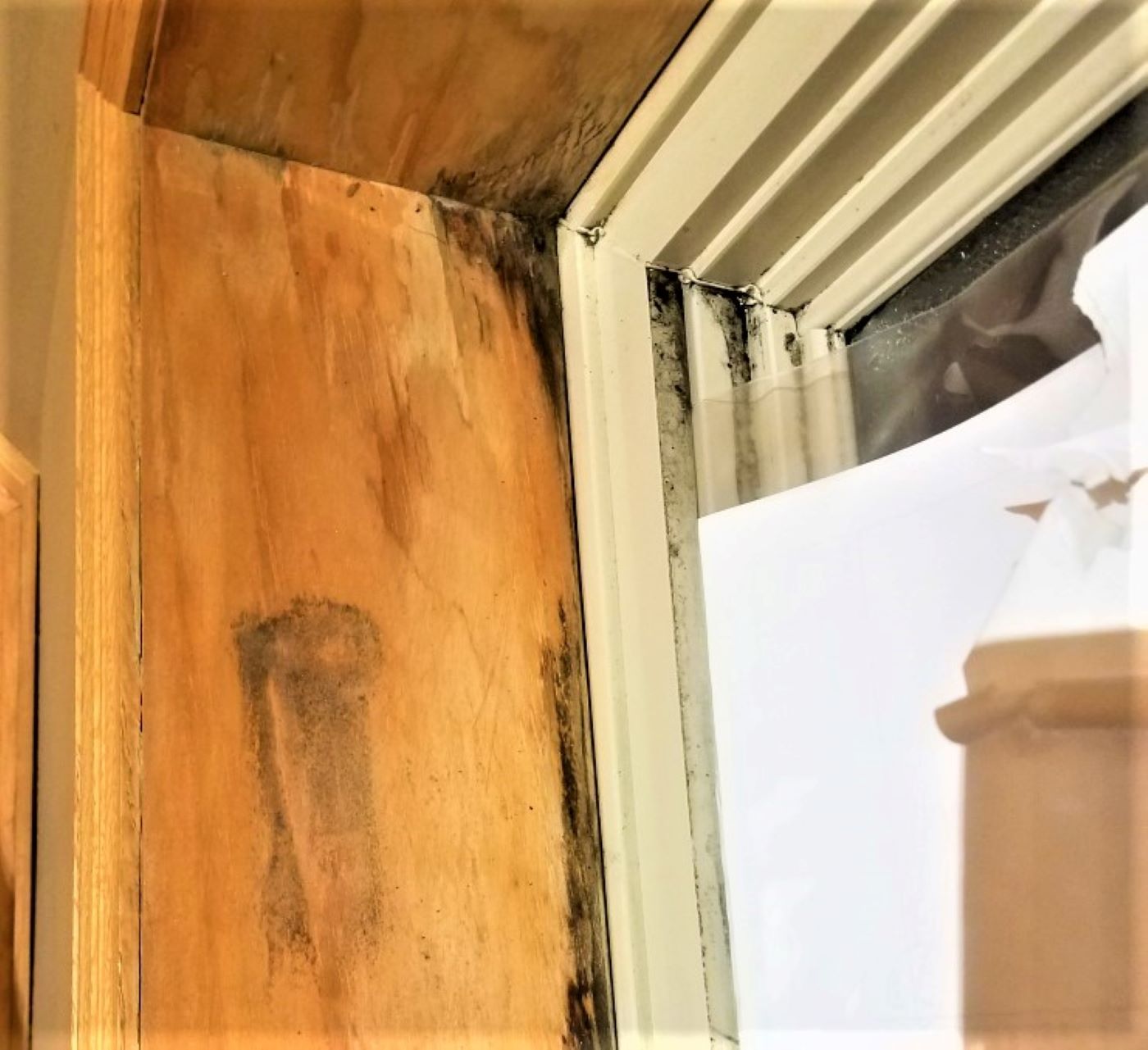 Ways to Spot: Frustratingly enough, wood rot can be tricky to spot in its early stages.  Warning signs that it has already begun to attack a window is if the frame is soft to the touch or if there is noticeable discoloration.  When rot has been present for an extended period of time, the homeowner will be able to spot the water entering the home.

Health Risks: In addition to the financial difficulties wood rot can cause, there are several health risks it poses.  Wood rot causes mold growth.  This is particularly problematic for those with primary immunodeficiency and asthma.  Even for overall healthy individuals, prolonged exposure to mold can lead to sore throats, respiratory infections, congestion, frequent sneezing, and strained breathing. 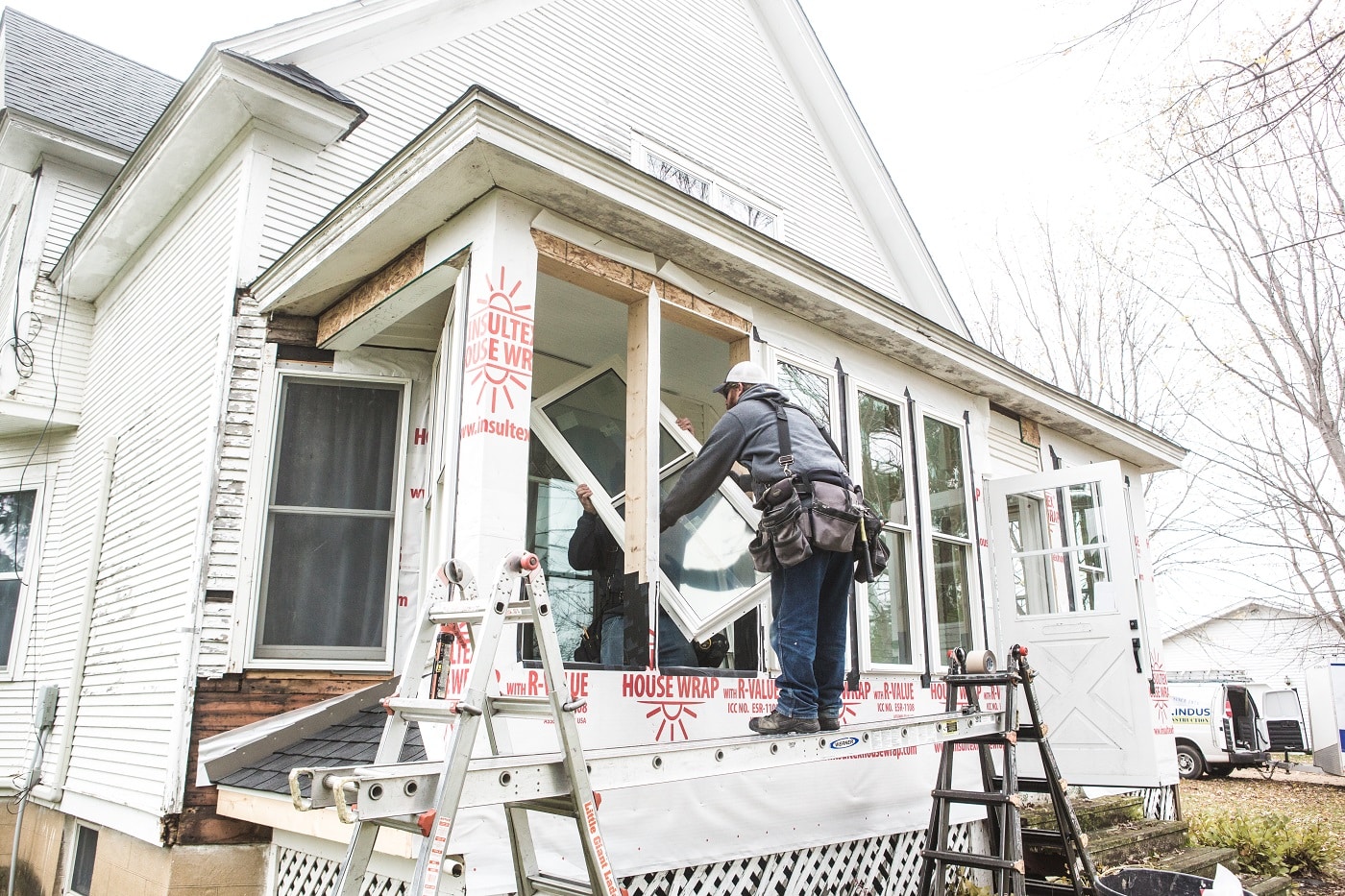 Preventing Wood Rot Around Windows: A home window replacement project shouldn’t be entrusted to just any contractor.  Take care to get multiple quotes, verify references, and read online reviews.  You’ll likely have more success with a contractor that prefers full frame window replacement over insert window replacement. This allows for the inspection of the rough opening and avoids a situation where you’re installing a new window into a rotted frame, as can happen with insert windows.  Wood window trim should be routinely painted and sealed in order to prevent rot from manifesting itself.  Inspect the caulking around your windows frequently and scrape away any that has hardened and replace with new caulk.

Why The Contractor You Pick For Your Window Installation Project Matters:

View Project
Bruce & Jean’s Minneapolis SeasonGuard Window Project
SeasonGuard double hung windows proved to be the perfect choice for this 1950's era Minneapolis home in the Windom neighborhood. Find out why!
View Project
Dyan’s Infinity from Marvin® Window Installation in St. Paul, MN
A top priority for Dyan was finding a maintenance-free window replacement that would be respectful of her historic home’s age and architecture. Find out why Infinity® from Marvin Windows proved to be perfect selection for her project.
View Project
Chris’ Roseville, MN SeasonGuard Window Project
Changing out window styles in his dining room and living room turned out to be a real game changer for this Twin Cities homeowner.
VIEW ALL RECENT PROJECTS

"We are part of an HOA. We had Lindus out to replace the windows in our townhome. They did a great job in the pre-sales, helps us select window design, and delivered the windows as ordered. I was very impressed with the installers. they were very professional, friendly, and showed a great deal of care for both our home and for keeping us safe during this time of COVID. Installation was top notch, the interior and exterior match wonderfully. great craftsmanship.  After having the windows for a number of months now, We really appreciate the quality and the noticeable change in heating and cooling."

"Arranged to have our installation completed while we were out of town. Our neighbors said the install crew was fast, neat and cleaned up after install."

"Although Lindus was not the lowest bid, because of their excellent ratings on Angie's List we selected them to do the project. Removing 14 double hung wood windows and two large bay windows (including frames & interior trim), cutting back the exterior siding slightly, replacing with Infinity® from Marvin units and installing new interior trim was a four day project for the crew of three. It is doggone rare to find a company that takes this kind of pride in their work any more, but Lindus definitely does. Would we recommend them? We already have. With pleasure."

"Love my Infinity® from Marvin windows. My crew was great!"

"Have used the company for both windows and LeafGuard® projects, Great products, sales staff and installers. Highly recommend."

"If you’re going to remodel, windows or anything they do, hire them for a professional experience."