Dave and Patti had lived in their Minnetonka, Minnesota home for about five years when they came to the conclusion that the exterior needed a facelift. The 1970’s era home was built sans a front porch, something they wanted to integrate. The home’s green siding and brickwork had grown dated, as had the roofing that hung over the home’s front door. 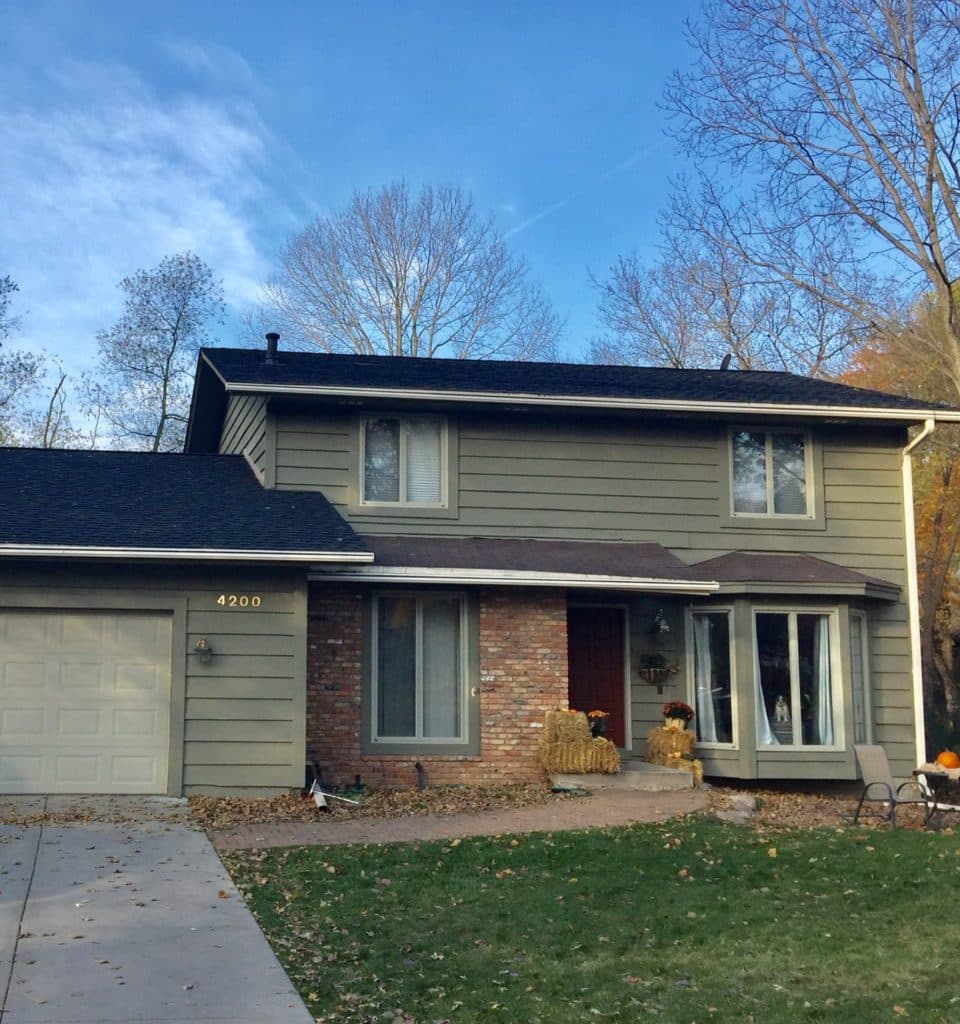 The couple interviewed several contractors and ultimately chose Lindus Construction. They were pleased that we were able to offer an in-depth set of plans and clear renovation plan, including costs associated with each portion of the project.

“We’d heard their ads for years on WCCO and on television and they had always seemed to us like a family business that had been around a long time for a reason-that they valued customer service. We’ve heard countless customers gush about them over the years, both on the radio and from friends who’d used them,” says Dave.

In addition to updating their siding color, one of the biggest changes to the home’s exterior was the addition of a new Azek deck, complete with a roof extension, custom stone pillars, and LP® SmartSide® staggered shakes on the gable of the porch. With this option, Dave and Patti have a sheltered outdoor space to entertain family and friends. Choosing a maintenance-free decking option means they’ll never have to undergo the tedious chore of staining their deck.

We were able to explain to Dave and Patti the role windows play in creating an energy efficient home and they opted to make some updates. They had us remove an existing bow window and replace it with a SeasonGuard flat bay casement window. The twin casement window to the left of the porch was upgraded, as were the home’s upper bedroom windows. 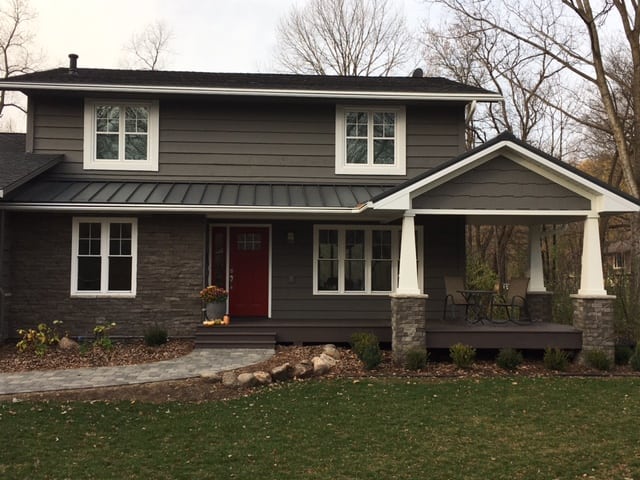 Another maintenance-free option Dave and Patti selected was LeafGuard® Brand Gutters. They’ve received the Good Housekeeping Seal and are the only patented, one-piece gutter system guaranteed never to clog.

Reflecting on the project, Dave had this to say, “I can’t recommend the Lindus team highly enough. They talk the talk with their advertising and they definitely walk the walk when it comes to their dedication, craftsmanship, and service.”

View Project
Cheryll’s LeafGuard® Gutter Project in Minnetonka
Areas of this townhome were without gutters and it was only a matter of time before a serious problem was created.
View Project
John & Colleen's Minnetonka, MN Kitchen Remodeling Project
This western Twin Cities kitchen renovation included a variety of enhancements such as countertops, appliances, flooring, and cabinets.
View Project
Debbie’s Minnetonka, MN Asphalt Roofing Project
Learn why GAF Glenwood Lifetime Designer Shingles were the perfect material to replace this Twin Cities' home's cedar shake roof with.
VIEW ALL RECENT PROJECTS

"Kept me in touch through out the whole process. Very happy with their work."

I had LeafGuard® Gutters installed on my home today, by Trevor Clune. He did a fantastic job - was professional and friendly, answered all my questions, made sure everything was done to my liking, and left the place spotless. The gutters look great, and the whole experience was pleasant and easy. I would definitely use Lindus Construction again."

"Adam lead the project of replacing our gutters due to storm damage. They were hard working, professional, and good communicators. They cleaned up after thoroughly as well."

"Everything went great on the project. We are very happy about everything."

"They were perfect and professional.  They clean everything up."

Jean C.
Minnetonka, MN
75% Off Installation Labor on GAF Asphalt Shingles, LeafGuard® Gutters, Infinity® from Marvin Windows.  No Payments Or Interest Until April 2023. We are also offering a free heat map analysis with insulation estimates through January 31st, 2022.
Get Your Estimate
Some restrictions may apply. Call for details.
Schedule An Appointment
Tell us when you need us and we will be there.