The first time we had worked with Jon it had been to install seamless LeafGuard® Brand Gutters on his home. They’d been a welcome addition to his property which has many stately trees.  Earlier this year, he decided that he’d like to add a second deck to his home which would allow for expanded living space.  Because his home’s other deck was constructed of Ipe, he decided to proceed with having the craftsmen of Lindus Construction install another deck with the same material.  Here’s what you need to know! 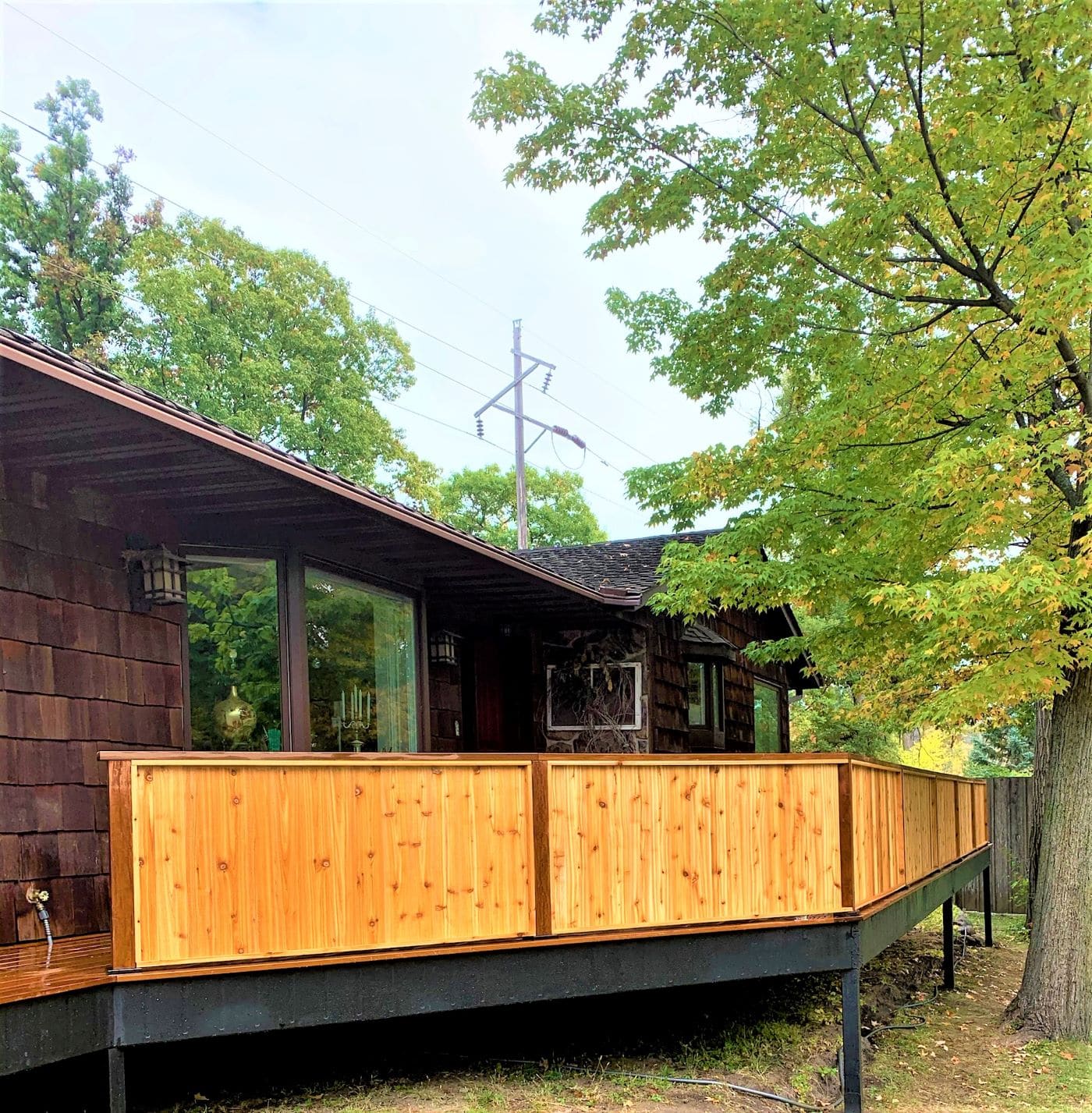 What Is Ipe Decking? Ipe decking is made from  Brazilian hardwood trees, making it some of the hardest wood on the planet.  The Ipe decking used for this project was sourced from trees that had already fallen in the rain forest, making the material quite sustainable.  The drawback to this is that Ipe comes in a variety of no-standard lengths.  Ipe can be challenging for inexperienced installers to work with.  The material’s density makes it harder to cut. 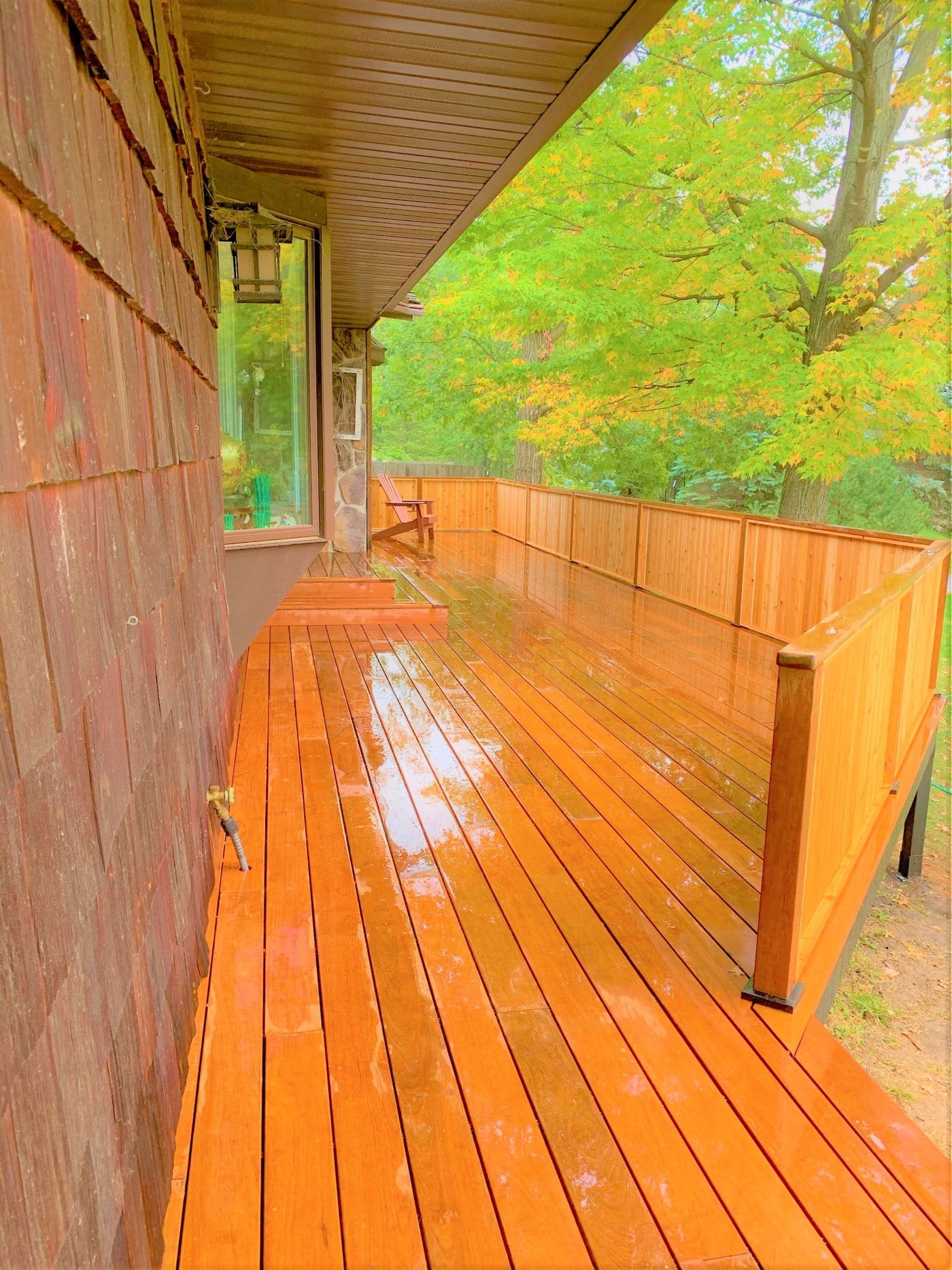 Perks of Ipe: The beauty of Ipe decking is often compared to that of Mahogany.  A wood with true character, Ipe decking naturally has a lot of variations.  One of the aspects that Jon appreciated about both of his Ipe decks is that they have a substantial lifespan.  This is because Ipe contains natural oils that assist in the preservation process.  A properly maintained Ipe deck can have a lifespan of up to 40 years.  Unlike cedar decks, Ipe decks do not need to be stained.  This is because of how thick the wood is.  However, oil treatments can be applied to them to help them maintain their color. 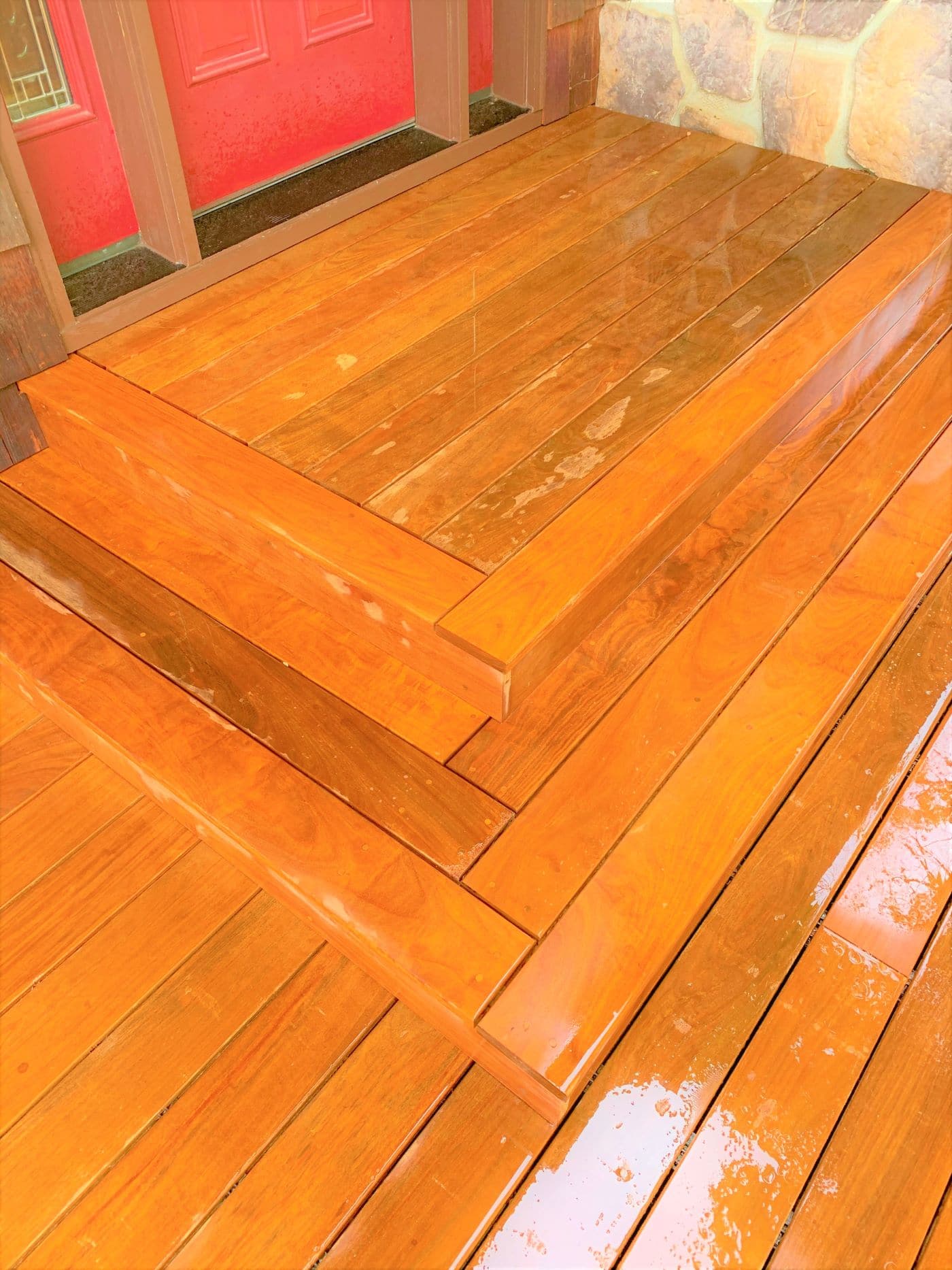 Additional Components of Jon’s Project: We suggested the use of hidden deck fasteners for this project. This allowed for the creation of a smooth, clean surface.  For the deck footings, we suggested the use of helical piers.  When compared to hand dug deck footings, helical piers are much quicker to install.  They are ideal for settings where deck footings are installed close to a home’s foundation.  When it came to the deck frame, we suggested the use of a steel deck frame by Fortress®.  While many deck frames are made from wood, in this scenario it made sense to use a long-lasting product that would align with the Ipe deck’s lifespan.  The black Fortress® steel also blended well with the dark siding color of Jon’s home.  For maximum functionality and appeal, an Ipe drink rail and cedar removable privacy panels were also incorporated into the deck. 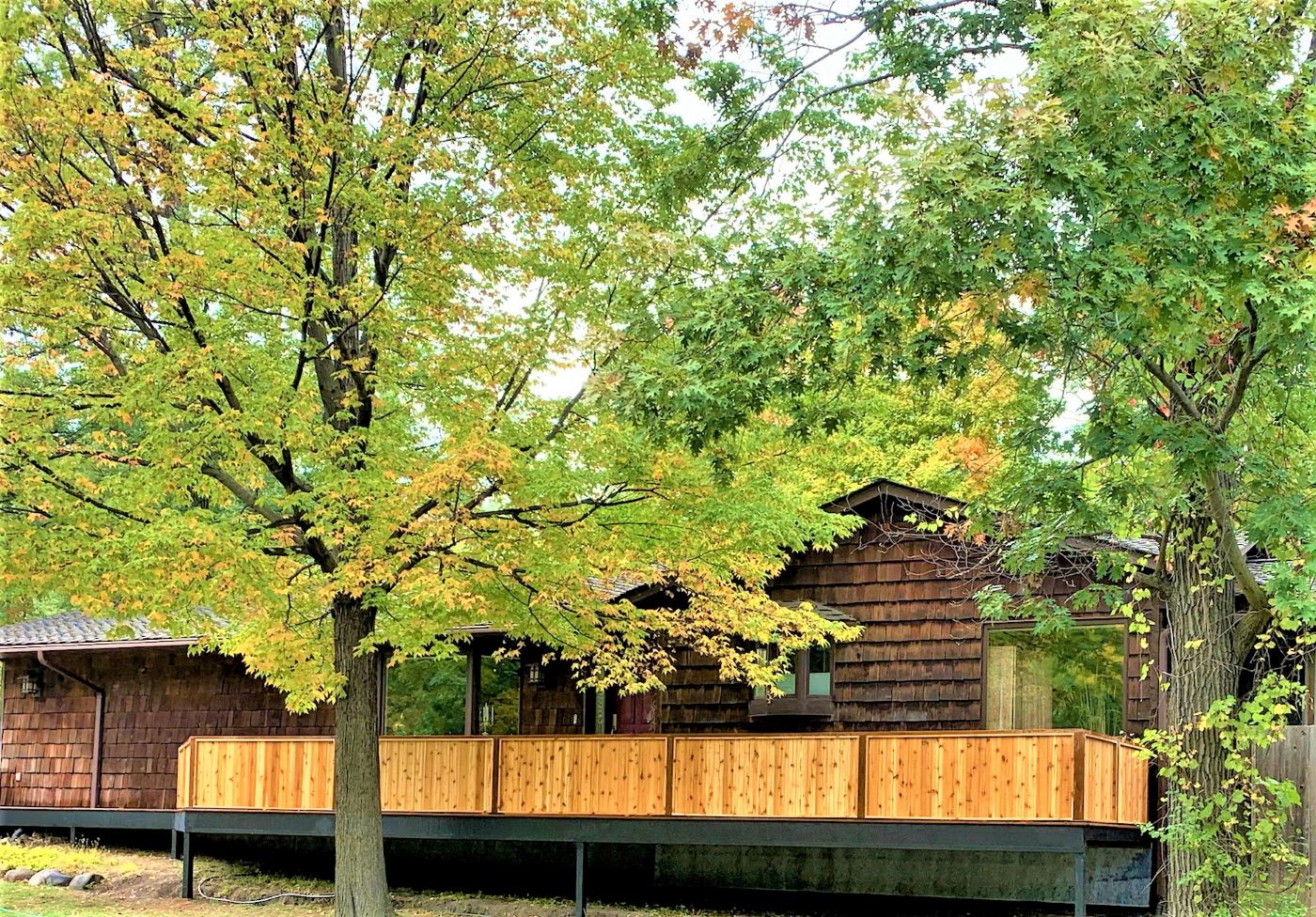 "It went very well.  The installers were professional and courteous. They reviewed with me what they were to do. They did a good job cleaning up the work area.  Excellent job."