Many Twin Cities homeowners are up in arms because a critter by the name of Punxsutawney Phil seemingly fraudulently declared an early spring.  Record snowfalls have made an early spring feel highly improbable.  In fact, you’ll be hard pressed to find a neighborhood that’s absent of icicle covered homes.  At times, homeowners blame their covered gutters for the reason they are experiencing noticeable ice build-up on their house.  The profile of open style gutters typically comes out farther from the roof edge.  They tend to collect ice and it builds it back up back onto the roof.  The ice then becomes covered by snow.  Closed style systems, like LeafGuard®, are custom manufactured to shed anything except liquid water.  This equates to the formation of some icicles. 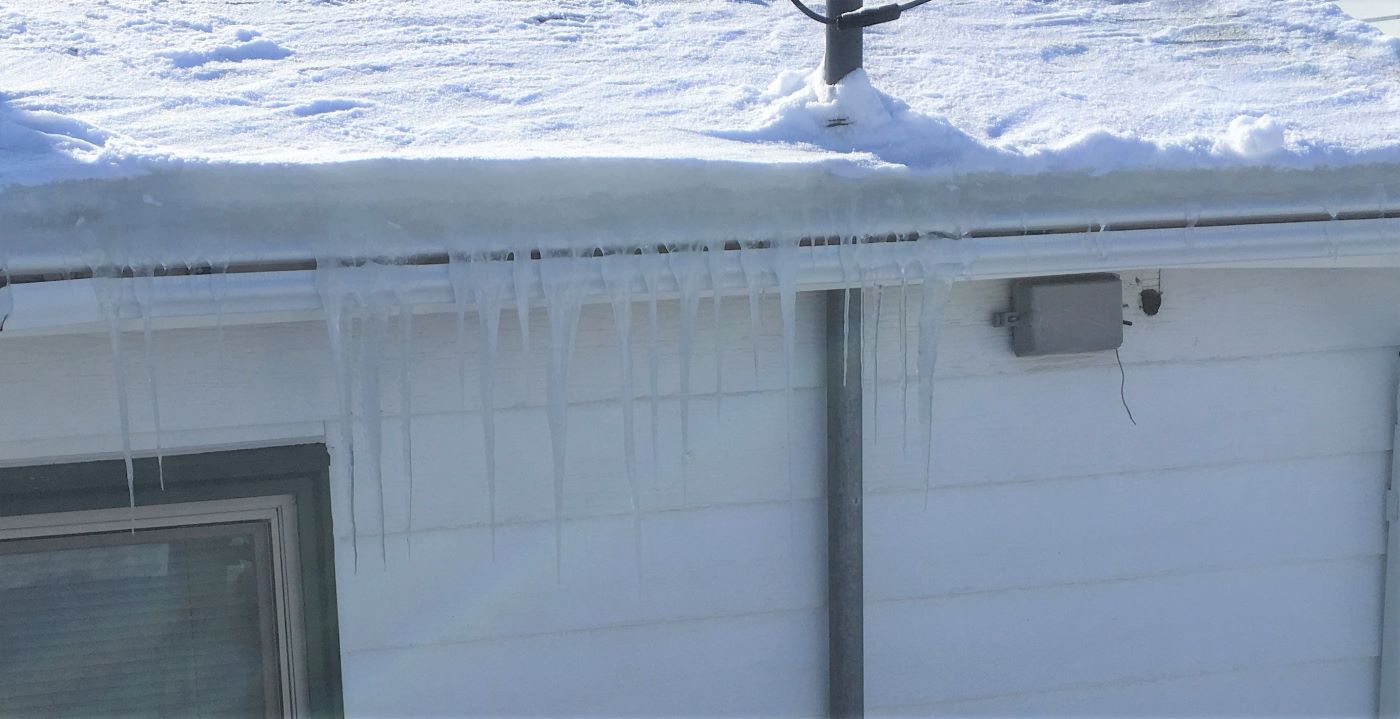 While snow and icicles on a home’s roof and gutters in themselves often do not spell trouble, ice dams do.  Ice dams often formulate on a roof’s edge and then have the ability to back up underneath the roof’s shingles and even into a home’s attic.  They are the direct result of varying roof temperatures due to subpar ventilation, insulation, and attic air sealing.  Damage from ice dams can include wet insulation, water stained ceilings, dry rot, and a moldy roof deck.  If your roof is a combination of icicles and snow, the best course of action is to remove the snow behind the icicles.  This approach is the best shot at trying to make sure water cannot sit behind on a roof and leak through into your home.

The most effective method for removing ice dams from a roof is through low pressure steaming.  This method allows ice to separate from the roof without causing damage to the shingles.  Chipping away at the ice in some cases can actually void a roof warranty because of severe granule loss. 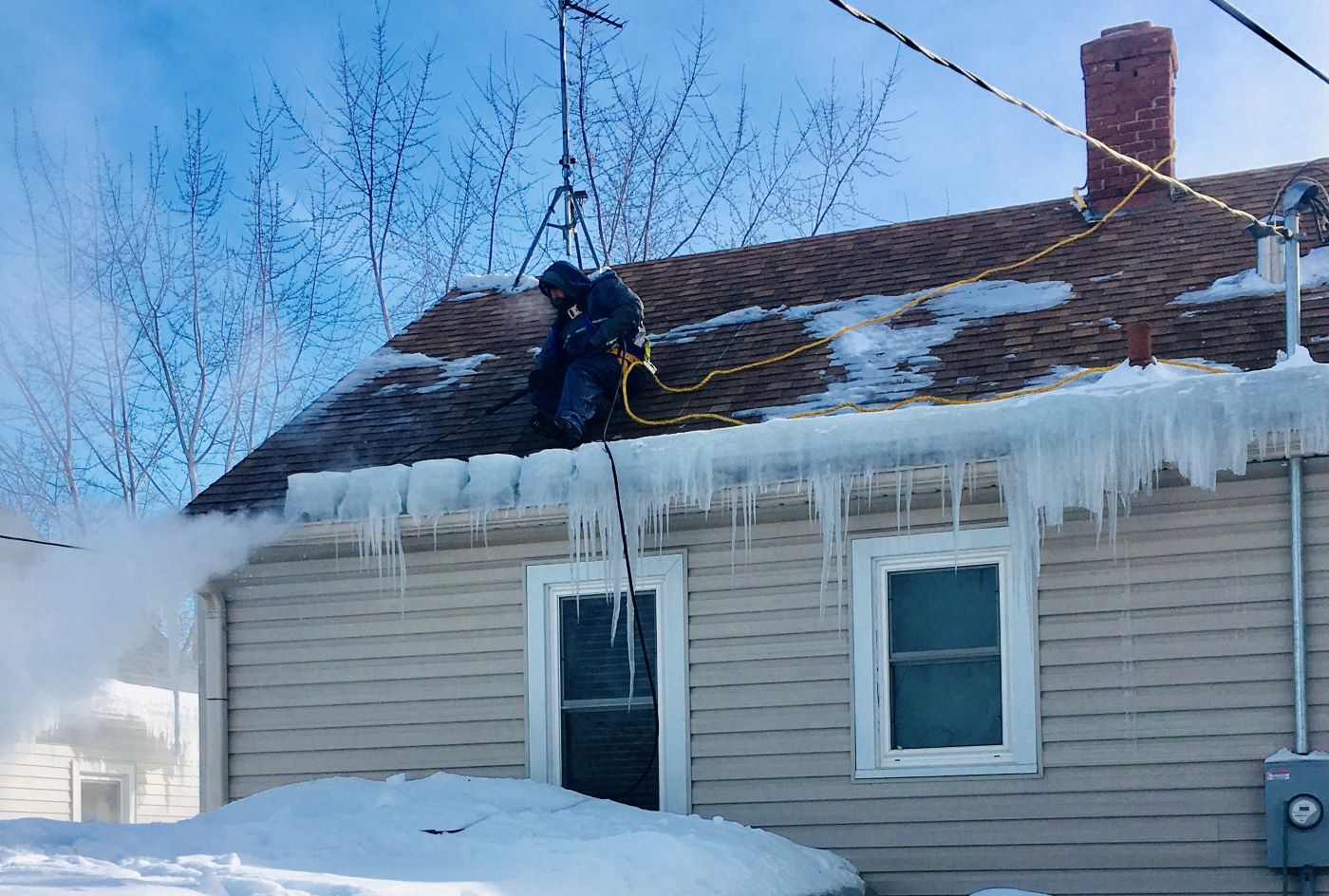 Diagnostic testing completed by a reputable contractor can assist homeowners in determining the best course of action.  Effective tools for testing include a blower door, borescope, smoke stick, and moisture meter.

"We would like to acknowledge the exceptional customer service we have received from your liaison, Joel Sunde. Joel has gone above and beyond all expectations to assist us in resolving our repeated issues with ice dams and roofing. He always responds promptly to our questions and concerns by phone, text, email, or an in-person visit, if needed. Joel is an excellent example of what a true customer liaison should be, You are fortunate to have him on the Lindus team."-Joe & Marcia B.

"Two days of fabulous workers from Lindus!  The work is completed with clean up both days being stellar.  We are thrilled with the work.”

"A big thank you.  I am so happy to have good insulation in the basement."

"I just wanted to tell you what a pleasure it has been working with your company. Joel and Mitch have been so professional; it almost makes spending this much money fun."

“Thanks to all involved for a job well done!”

"My house was done (with insulation) this fall what a warmer difference it has made.  Thanks so much!!!!"