Located about an hour east of the Twin Cities, Boyceville, WI is home to St. Luke’s Catholic Church.  The parish prides themselves on being a close-knit community with less than 100 families.  The building itself was dedicated in 1965.

When members of the congregation called us for an estimate, it was because a number of their windows were showing signs they needed replacement.  Examples included cracked windows and seals that had been compromised.  Another opportunity for improvement included finding a way to amplify the amount of natural light within the space, while increasing energy efficiency. 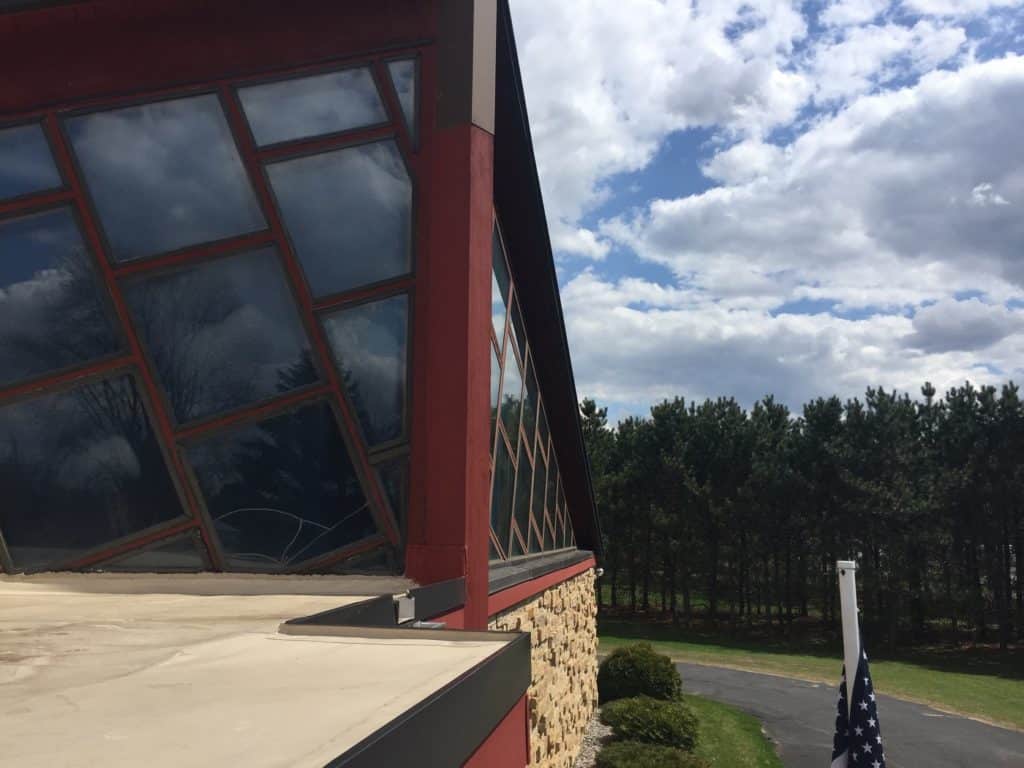 Here’s How Our Team Was Able to Address the Parishioners Concerns Through the Installation of SeasonGuard Windows:

Aesthetics: When the church was constructed in the 1960’s, a diagonal window configuration was en vogue.  Flash forward 50 years and the look was detracting from the church’s stunning architecture.  In order to give the building’s exterior a more contemporary touch, we suggested that the new windows be aligned horizontally.  The red exterior framing was switched to Earthtone, which greatly enhanced the building’s curb appeal.  Brazilian Pecan was utilized on the inside, matching the wood beams in the sanctuary. 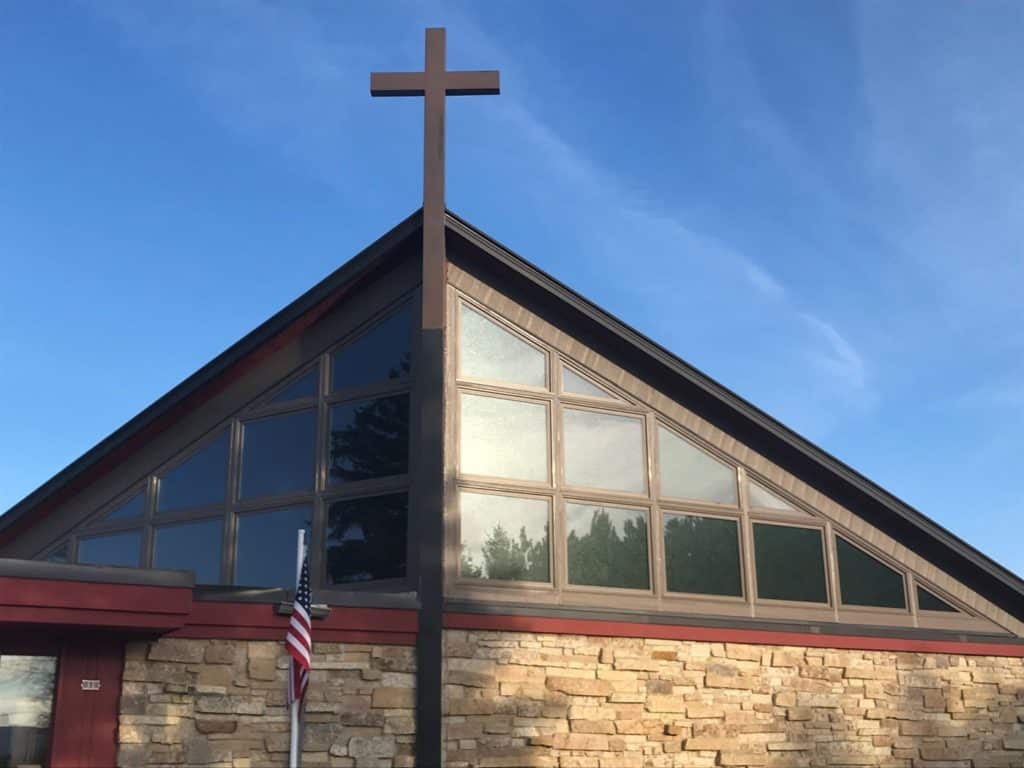 Natural Light: Before the window installation project commenced, the lack of natural light within the church’s sanctuary was noticeable.  The simpler, more straightforward vertical window installation configuration reduced the amount of framing used.  This allowed for the utilization of a larger glass surface.  Exclusive to Lindus Construction, SeasonGuard windows were the perfect fit for this project because they average 27% more visible glass area than similar brands.  Opting for this brand allowed more natural light within the space, creating a brighter area. 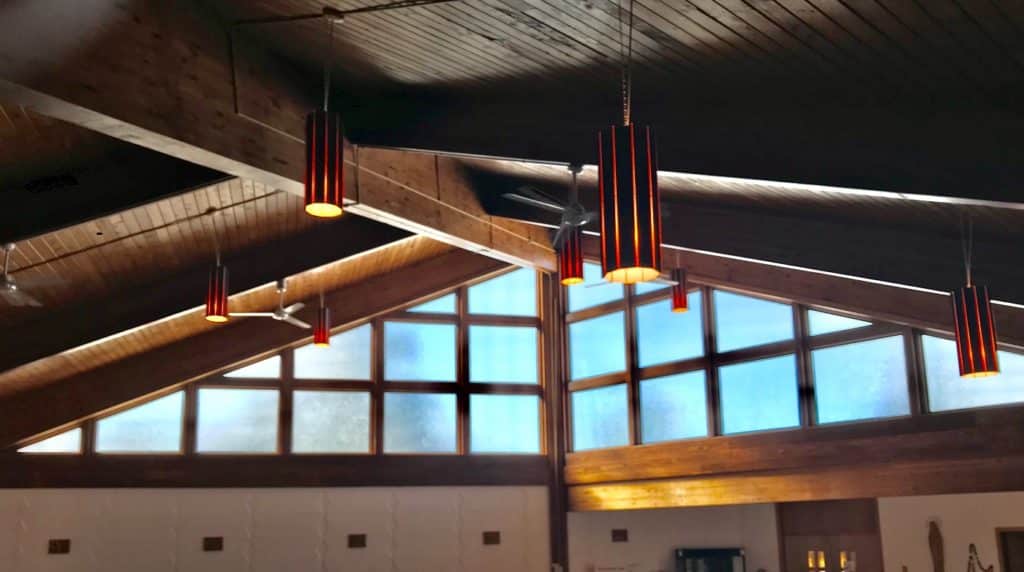 Energy Efficiency: With an area that has as large of a footprint as a church, it’s wise to consider energy efficiency when choosing the best window for a project.  SeasonGuard Windows feature Latitude Glass, that’s specifically designed for the extreme temperature swings we experience in the Midwest.  The utilization of these windows will ensure that the church feels warmer in winter months and cooler in the summer months. 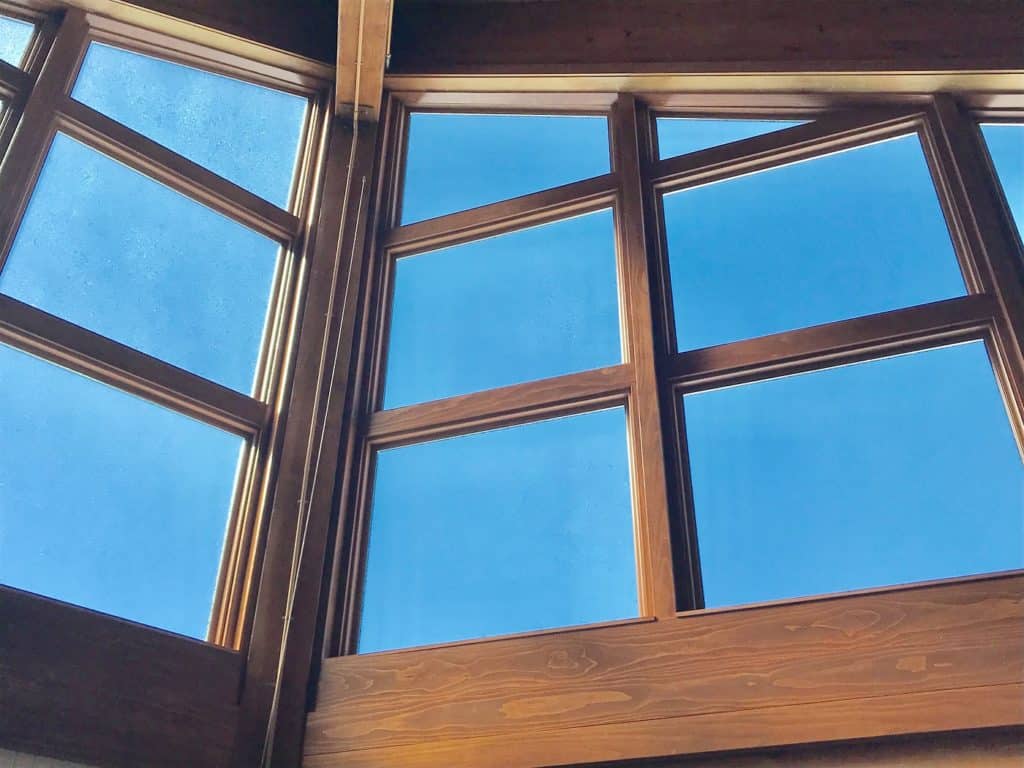 Looking Ahead: St. Luke’s Catholic Church is not uncommon in their approach to renovations.  Like many other parishes, they’ve opted to complete their project in phases.  In the near future, the parish is hoping to install new windows and doors on the rest of the church.

"Lindus replaced all of our windows and patio doors. The SeasonGuard product turned out really well and the crew that did the work was fantastic. We would definitely recommend them!"

"I had you guys insulate, install SeasonGuard windows, gutters, 2 bath fans, renew deck railings, wrap and steel side the house. I got my bill from CenterPoint, and find it interesting that I use 10 percent less gas than my efficient neighbors. I guess they really aren't that efficient! Thanks Lindus!"

"No frost on my SeasonGuard windows during the Polar Vortex of 2019!"

"We hired Lindus to replace several windows in our home with the SeasonGuard windows. By far we made the correct choice. Both of the windows face the north west and have really proven it was the correct choice. Even on several sub zero mornings the interior glass was still not cold. Additionally, their installation techniques will prove to keep out any infiltration or moisture or air leakage. They will definitely be replacing the rest of my windows and doors in the near future."

"We had Lindus replace all of our windows with SeasonGuard windows. No drafts or frost last winter. And the A/C is hardly kicking this summer. Plus the solar gain is reduced so much we can hardly believe it. The west bedroom is no longer an oven. Wow! We should have done this a while ago."