Sometimes in the chaos of day-to-day life, it can be easy to overlook the small, but precious moments that make life worth living.  Today, we’d like to share the story of our late customer, Noel Falkoske.

Noel was a veteran of the U.S. Army and served our country from 1957 to 1960.  He then had a long and successful career as an educator, where he taught speech and managed all aspects of the theater program at the University of Wisconsin-Stout in Menomonie.  He and his wife, Karin, formed a theater team that produced plays for the university, Menomonie Theater Guild & Mable Tainter.

Noel was a classic and hard-working man who provided for his family. He was a skilled craftsman.  With the help of his son, James and his brother, Frankie, Noel commenced the building of his Knapp, WI home in 1977.  Together, the three of them worked for years on the house, finally turning to Lindus Construction to complete the finishing touches. 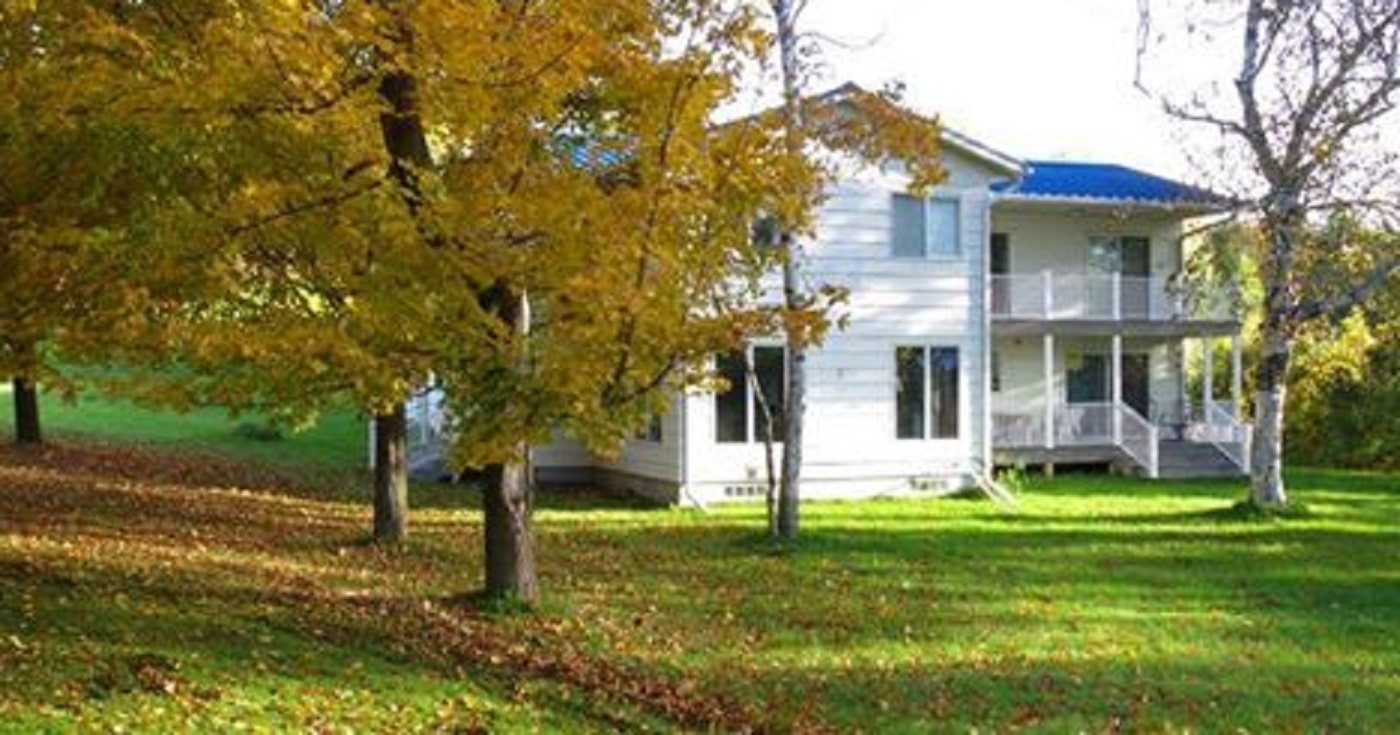 The first project Lindus Construction completed for the Falkofskes was LeafGuard® Brand Gutters in 2008.  They appreciated the ease of mind the gutters provided, as they knew their home would be protected from water damage and that they would never again have to climb a ladder to clean out their gutters.

Over the years, Noel had aspirations of installing both a metal roof and deck on his home.  He and Karin contacted our company to discuss completing this project.  Time was of the essence, as Noel had been diagnosed with lung cancer.  Sadly, Noel passed away on September, 5th, 2015.

Following his death, Noel’s wife, Karin, reached out to us to share what a positive impact the completion of the project had on Noel’s final days.  The deck itself was completed the week of his death and he used it as a place to sit with his family and reflect on his life.  The blue metal roof added elegance to the home that Noel had constructed years before.

Men like Noel don’t come around often.  His family appreciated his creativity.  Noel was known far and wide for his kindness and sense of humor.  He oftentimes would run up to strangers to tell jokes.  His selfless acts lifted many out of sorrow (and boredom.)  We are honored to have been a small part of the journey of a man who brought so much joy to others.

View Project
Saint Luke Parish’s Boyceville, WI SeasonGuard Window Project
Learn how we increased the energy efficiency and beauty of a Western Wisconsin church through the installation of SeasonGuard windows.
View Project
Doug & Patty's Roofing & Gutter Project in Bloomer, WI
This Western Wisconsin farmhouse was in desperate need of new gutters and roofing before winter. Find out which maintenance-free products they selected for the ultimate peace of mind!
View Project
Mike & Carla’s Boyceville, WI French Patio Door Project
A French door was something that had always been on Carla's wish list. Fate intervened when a lawnmower hurled a rock at her home, shattering glass, and causing the need to reexamine the current door situation.
VIEW ALL RECENT PROJECTS

"They installed our gutters and did an excellent job, courteous, and timely."

"I am extremely pleased with all phases of my rain gutter project.  I enjoyed dealing with both the salesman and the work crew.  They got my project done in a speedy and most professional result.  I would recommend them to all who are looking for top notch workmanship with a sincere effort to please.  I will contact you again with future projects.  Thank you!"

"Excellent job; professional I would strongly recommend "Lindus Construction.  My yard was cleaned up, there was no debris/ trash left on the property.  Actually, they cleaned up what I had left on the yard. One of the BEST companies I have every worked with."

"These guys were great to work with. They dropped off the materials one day and were here early the next day for installation. The installation was complete before noon. The gutters look great.  There were many roof lines to deal with and they handled all of them without issue.  And no cleaning gutters last fall!!!  Very good experience."