We’re often met with blank stares when we ask homeowners about the style of door they’re contemplating installing within their home.  However, this decision should not be taken lightly, as the style of door is a significant player in the overall vibe of your space.  Here’s what you need to know about common entry door features.

Transoms: A transom’s distinguishing feature is its placement directly above the door.  Their main functional purpose is to introduce additional natural light to your entryway.  Transoms are offered in rectangular and oblong configurations.  Many times, homeowners opt for decorative glass and grille styles in order to add character and style. 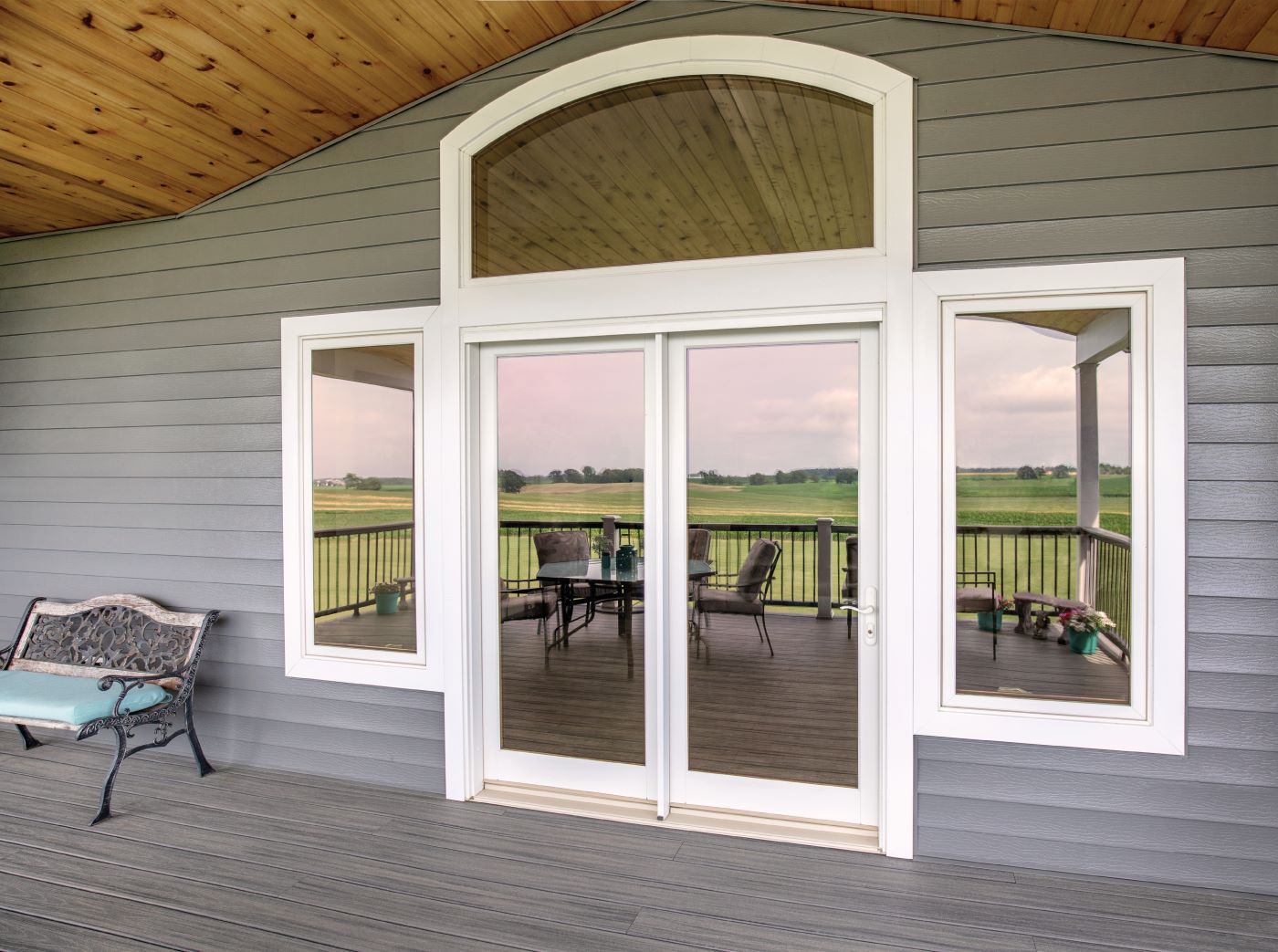 French Doors: A set of French doors provide an elegant, sizable door opening with a traditional feel.  Frequently, they are manufactured with glass panels.  They are most commonly installed as patio doors but can also be used in the home’s interior to promote a regal passageway in between rooms.

Split Door: While not a widely popular option, split doors add flair to a home’s entry.  They’re lauded for their security because they provide homeowners with the option to only open the upper portion of the door while allowing the lower portion to remain secured.  Homeowners also appreciate that split doors can allow fresh air to enter through the top open portion while being secure enough to prevent pets and young children from accidentally wandering off.  Lastly, split doors make accepting deliveries and welcoming trick-or-treaters is a breeze.

Sidelites: Sidelites are slender, vertical, inoperable windows that are placed adjacent to an entry door.  When they are incorporated into home design, they provide broadened views, enhanced curb appeal, and additional sunlight. 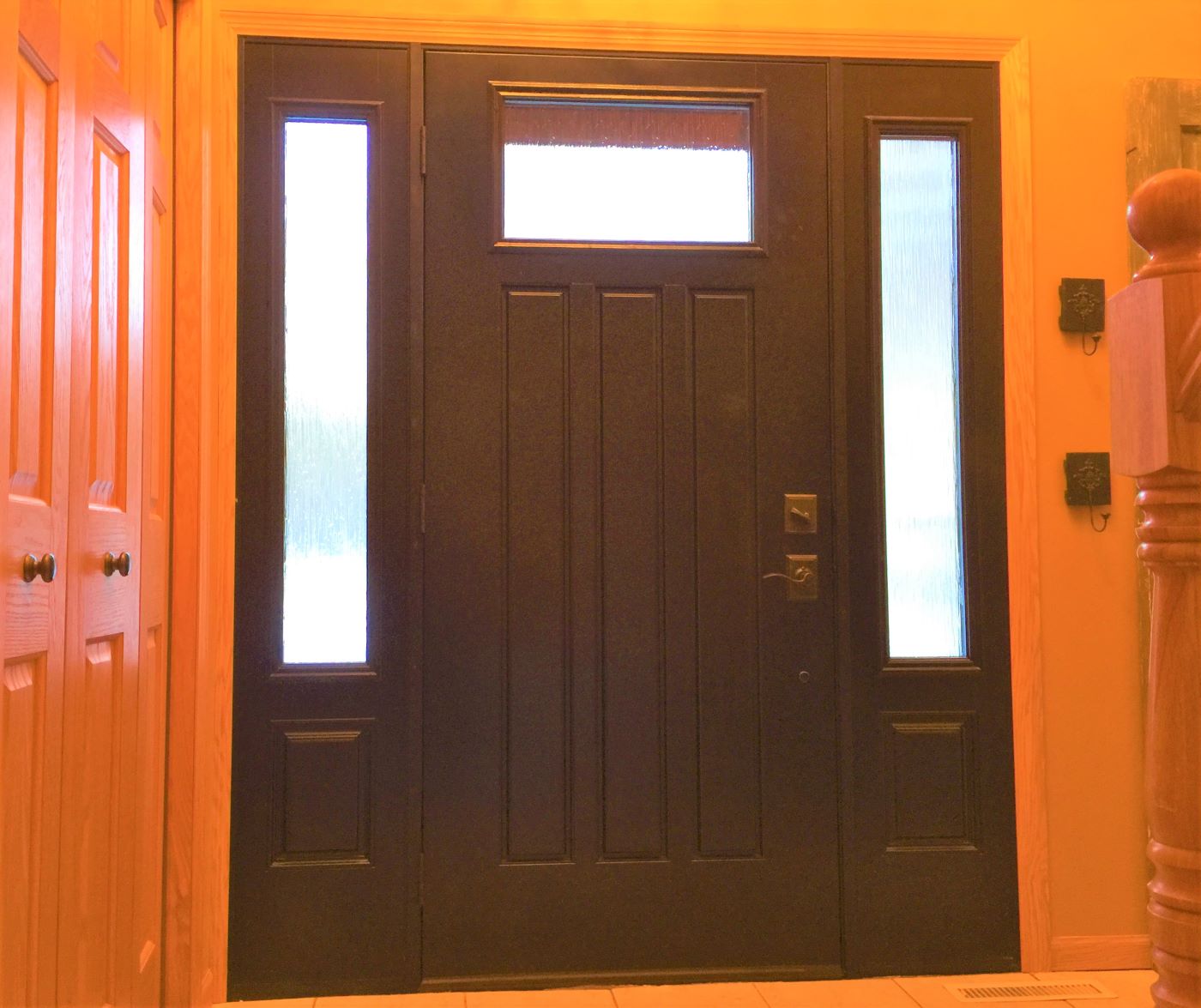 Panel: This time-honored style normally has three to four horizontal rails and three vertical stiles.  The areas in between are filled with skinnier panels.  Ornamental molding envelops each panel.  This creates an aesthetic that can be utilized in both traditional and modern homes.

Sliding Patio Doors: This door style is comprised of sizable glass panes ensconced in wood, vinyl, or metal frames.  They are an optimum choice for providing expanded views of your outdoor living space.  A perk of this style is that they do not hog floor space when opened, a complaint with those that have French doors.  However, a downside is that they only have the ability to open half as wide as the doorway.

Pocket Doors: When space is of concern, pocket doors can be the ideal solution.  Rather than swinging in or out, they are ensconced within the wall cavity when not in use.  It’s worth noting that care should be taken to place pocket doors in areas that are absent of electrical or plumbing lines.

View Project
Ginnee's Prior Lake, MN SeasonGuard Window & Door Project
Knowing that several windows and doors within her Twin Cities townhome would need replacement, Ginee began conducting research for a contractor and product that would be the perfect match.
View Project
Dennis & Joyce's Exterior Home Remodel in Plymouth, MN: Patio Door & Window Replacement
Our team of craftsmen installed 13 SeasonGuard windows and a sliding glass door at Dennis & Joyce's Plymouth, MN home. Go behind on this project here!
View Project
Matt’s SeasonGuard Window and Patio Door Project in Hudson, WI
When this Western Wisconsin homeowner needed to replace multiple sliding glass doors and windows in his 1960's era home, he turned to the craftsmen at Lindus Construction for assistance. Go behind the scenes on this project here.
VIEW ALL RECENT PROJECTS

"Professional, friendly and efficient. Installed a new entry door and storm in half a day. This included expanding the original opening of the door. Left the the space clean and door looks beautiful . Excellent quality."

"The crew was very prompt and professional. Due to impending rain, a crew of 10-12 came and completed our lake home in one day! My husband was present and I was not. When I arrived, I could not even tell they were there--they had cleaned everything up.  I would hire again."

We are very pleased with the work that Lindus Construction did on our garage. The siding was replaced with LP® SmartSide®, windows and doors also replaced. Lindus removed the roof shingles and cupola. New roof and gutters installed. All of the gentlemen working did a great job, were friendly and everything was cleaned up. They came back to inspect that all work was completed correctly and asked if we had any further questions. I highly recommend Lindus Construction. Thank you."

"We have used Lindus Construction for various home improvements in the past few years...complete deck and pergola rebuild, new patio, LeafGuard® Brand Gutters, and most recently, replaced all our windows, patio door and front doors. Lifetime warranty on all their work! Overall, we consider them a solid, capable and honest Company with good people!"

"The patio window and entry side door were installed by master carpenters. We have enjoyed their kindness and the quality of work they have done. We'll miss not seeing them to find out about their new adventures with their families and lives.  Thanks again for introducing us to the Lindus Construction company and making our lives just that much easier at this point in time."

"First of all, the explanation given by the sales rep could not have been more thorough. He spoke well and was very professional and knowledgeable. The predicted date of construction was kept and the workers knew what they were doing paying attention to every detail. The quality of the windows and door is tops! The "porch" or 3-seasons room is now ready to heat and use."